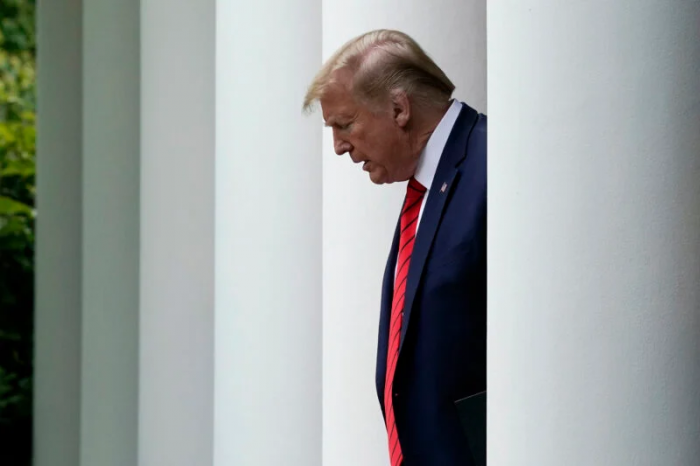 The Supreme Court heard oral arguments on Tuesday, via teleconference, about the power to investigate the president.

Election officials in the presidential battleground state of Pennsylvania must accept mail ballots that arrive up to three days after the election under an...

A federal appeals court ruled in June that the government improperly diverted $2.5 billion of the Pentagon's counter-drug program money to build more than 100...

Amy Coney Barrett’s Silence Is an Expression of Extremism
OPINION

On the second day of Amy Coney Barrett’s Senate Judiciary Committee hearings for a seat on the Supreme Court, she and Cory Booker had an exchange that...

Step one on the all-but-certain path to Judge Amy Coney Barrett’s confirmation to the US Supreme Court — a hearing before the Senate Judiciary Committee — is...

The claim: Kamala Harris failed the bar exam on her first attempt, while Amy Coney Barrett graduated at the top of her law school class Some of the most-...

The Supreme Court on Monday refused to disturb a ruling by Pennsylvania’s highest court that extended the battleground state’s deadline for accepting mail-in...

Sen. Ted Cruz (Texas) and five other Senate Republicans have introduced a constitutional amendment to prevent Democrats from packing the Supreme Court if Joe...

The U.S. Supreme Court on Monday agreed to decide the legality of one of President Donald Trump’s hardline immigration policies that has forced tens of...

New polling from Gallup shows another bump in voters’ approval of Judge Amy Coney Barrett’s confirmation to the Supreme Court. A 51 percent majority of those...

The Supreme Court on Monday refused a Republican request to block an extended period for counting ballots in Pennsylvania, allowing mail-in ballots received up...

In the era of stewardship by Chief Justice John Roberts, the Supreme Court has fretted more about the public perception of the Court as a non-partisan...