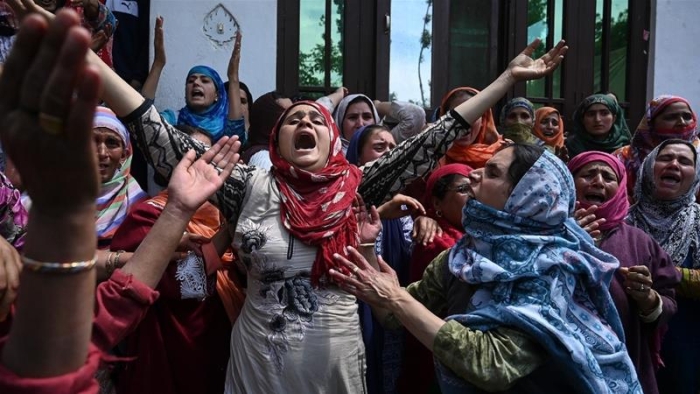 Indian soldiers fatally shot a young man at a checkpoint in the Himalayan region of Kashmir on Wednesday, triggering anti-India protests and clashes in the disputed territory.

India's Central Reserve Police Force said the man was driving a car and ignored signals to stop at two checkpoints on the western outskirts of Srinagar, Indian-administered Kashmir's main city.

The mayor of South Korea's capital has been found dead, more than half a day after giving his daughter a will-like message and then leaving home, police said...

Some of India's popular monuments have reopened for the first time in more than three months, but its most famous - the Taj Mahal - and others in the city of...

India has told two state-run telecoms firms to use locally-made rather than Chinese telecom equipment to upgrade their mobile networks to 4G, a senior...

In China-India Clash, Two Nationalist Leaders With Little Room to Give

They are both ambitious, nationalist leaders, eager to assert greater roles for their countries in a turbulent world. With major challenges at home, neither...

At least 20 Indian soldiers have been killed in a violent face-off with Chinese forces on the disputed border, the Indian army has said, in a major escalation...

KATHMANDU, Nepal—In Nepal, Muslims, who make up about 4 percent of the population, have lived peacefully alongside the majority Hindu population for centuries...

“Thousands of people in Hong Kong defied a police ban Thursday evening, breaking through barricades to hold a candlelight vigil on the 31st anniversary of...

“Secretary of State Mike Pompeo has notified Congress that the Trump administration no longer regards Hong Kong as autonomous from mainland China… Pompeo’s...

“We were just winning when they did everything to defeat us,” said Arnab Goswami, a fiery Indian television anchor and the majority owner of the pro-government...

India has seen a sudden increase in attacks on Christians as more people are circulating since the COVID-19 lockdown was lifted. According to International...

Initial reports on the number of soldiers who were killed in a border battle this week between India and communist China suggested that several soldiers were...