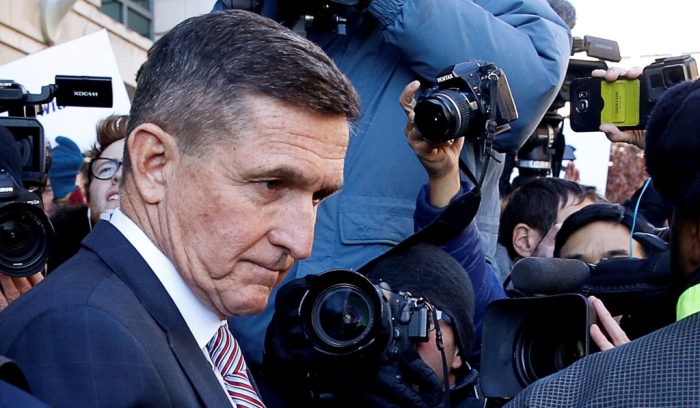 The Justice Department has moved to withdraw its case against former Trump national security adviser Michael Flynn, citing “newly discovered and disclosed information,” according to a new court filing.

The move, first reported by The Associated Press, comes less than an hour after the top prosecutor on the case, Brandon Van Grack, submitted his withdrawal from the case. The decision said that the White House interview Flynn gave to the FBI, which ultimately led to his guilty plea, was “conducted without any legitimate investigative basis.”

NEWS
Trump’s Justice Department has a powerful tool to fight police abuse. It refuses to use it.
Vox

Trump’s Justice Department has a powerful tool to fight police abuse. It refuses to use it.
ANALYSIS

Jefferson Beauregard Sessions was about to become irrelevant. It was his last day in office. Donald Trump’s attorney general, formerly a US senator from...

A federal appeals court, in a narrow 2-1 decision, moved to force a federal judge to dismiss a criminal case against former White House national security...

Barr Tries to Fire U.S. Attorney in Trump-Related Cases, but He Won’t Go

WASHINGTON — A federal appeals court panel appeared inclined on Friday to permit a trial judge to complete his review of the Justice Department’s attempt to...

The Justice Department has closed insider trading investigations into three senators who sold off stocks following early briefings on the coronavirus, aides...

The Justice Department is charging four men with destruction of federal property over an attempt to topple a statue of Andrew Jackson in Washington, D.C. In...

The Justice Department is set to propose a rollback of legal protections that online platforms have enjoyed for more than two decades, in an effort to make...

Under sustained pressure from Donald Trump, the Justice Department took the highly unusual step of dropping its prosecution of Michael Flynn, the president’s...

President Trump is expected to announce that he will commute Roger Stone’s sentence, just days before the longtime political operative is slated to report to...

Attorney General William Barr has established a task force aiming to put a halt to “violent anti-government extremists of all persuasions.” Barr made the...

A federal appeals court on Wednesday ordered a lower court to allow the case against former National Security Adviser Michael Flynn to be dismissed, as...

Media mogul Rupert Murdoch is on the cusp of his biggest win yet in his war against Google: a Justice Department antitrust lawsuit against the internet giant...

Top congressional Democrats are citing the ouster of the U.S. attorney for the Southern District of New York following a Friday-night standoff in calls for new...