Bias of Truth or Fiction

Are Four Networks ‘Set to Announce They Will No Longer Televise Trump’s Announcements’?

Media Industry, Media Bias, Facts And Fact Checking, Donald Trump
Save for Later
From The Left 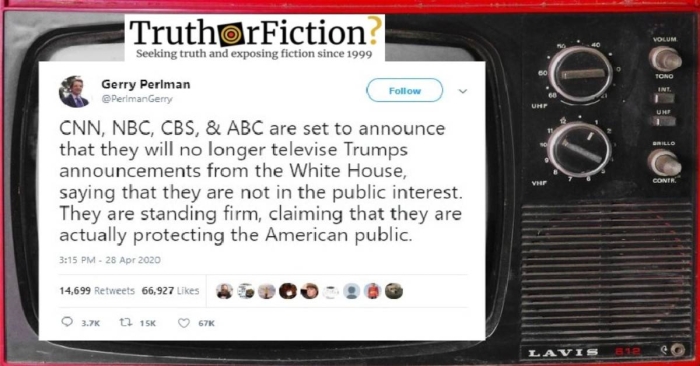 “CNN, NBC, CBS, & ABC are set to announce that they will no longer televise Trumps [sic] announcements from the White House, saying that they...