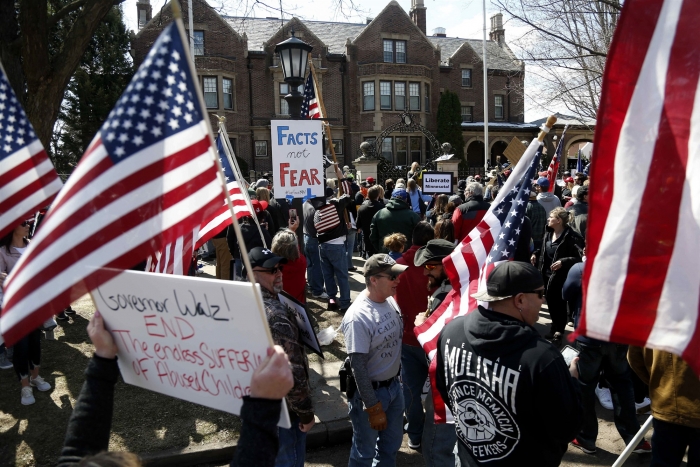 Protests against state stay-at-home orders have attracted a wide range of fringe activists and ardent Trump supporters. They have also attracted a family of political activists whom some Republican lawmakers have called "scam artists."

A family-run network of pro-gun groups is behind five of the largest Facebook groups dedicated to protesting the shelter-in-place restrictions, according to an NBC News analysis of Facebook groups and website registration information.