Europe rises from its sickbed

Europe, coronavirus
Save for Later
From The Center 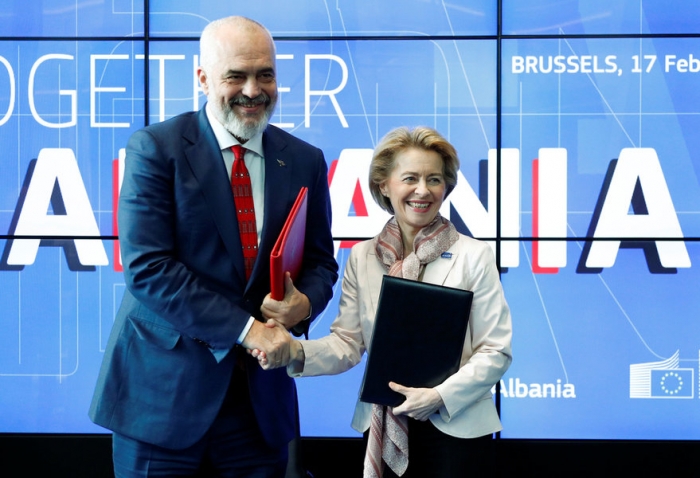 Despite woes like the coronavirus and Brexit, the European Union looks to expand its values and influence in the Balkans.

If you tally what ails the European Union – coronavirus lockdowns, looming recession, resurgent nationalism, Brexit – it is amazing the EU still holds together as a “home” for 27 nations with shared values. Yet this week, the union’s leaders are expected to approve membership talks with two countries, Albania and North Macedonia.

Instead of cowering before illness and other turmoil, this community of nearly 450 million people seeks to expand itself.

Such confidence in the EU’s health and its power of attraction befits a proclamation made last year by Ursula von der Leyen, the first female president of the bloc’s executive body. She said Europe must “step up” its role in the world.

That role includes making sure Europe’s most troubled corner, the Balkans, is finally brought into the EU fold. Two of the region’s nations, Croatia and Slovenia, have already joined the EU. Montenegro and Serbia are negotiating accession to the union. Meanwhile, Kosovo and Bosnia-Herzegovina are “candidates” for formal talks.

Progress to implant democracy and rule of law in these parts of former Yugoslavia has been slow. Ethnic nationalism is still strong. Bosnia-Herzegovina has not recovered from the 1995 Srebrenica massacre, in which 8,000 Muslim men and boys were killed by Serbian forces. Kosovo has yet to be fully recognized as a sovereign nation.

But North Macedonia and Albania (which was not part of Yugoslavia) have now implemented enough reforms to open a door for EU membership. There is no guarantee they will ultimately join the bloc. Both must show progress in tackling corruption and other problems. Albania in particular is in a political stalemate between its two major parties.

Read full story
Some content from this outlet may be limited or behind a paywall.
Europe, coronavirus