You May Get A $1,000 Check From The Government Due To The Coronavirus Outbreak

Welfare, baking and finance, Treasury, Role of Government, coronavirus
Save for Later
From The Left 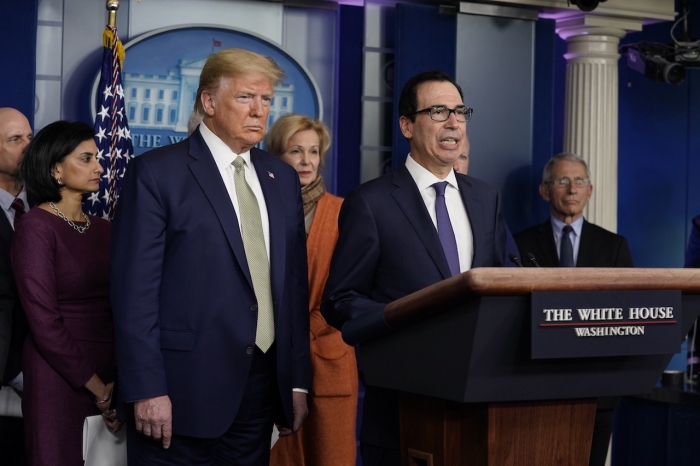 Faced with an unprecedented economic crisis caused by the coronavirus outbreak, the Trump administration is considering sending most American adults a check for $1,000 as part of efforts to stimulate the economy and help workers whose jobs have been disrupted by business closures because of the pandemic.

"Americans need cash now, and the president wants to get cash now — and I mean in the next two weeks," Treasury Secretary Steven Mnuchin said at a White House briefing Tuesday.

Large sectors of the economy are grinding to a near halt because of the novel coronavirus outbreak and the subsequent requests by federal, state, and local officials to shut down most business and ask people to self-isolate at home.

Other parts of the economy, like the cruise industry and airlines, are also reportedly looking for government assistance as officials ask people — especially the elderly — not to travel in order to stop the spread of the virus.

Trump has also spoken of his desire to cut payroll tax, but officials at the White House on Tuesday said that such measures would have long-term, not short-term, impacts.