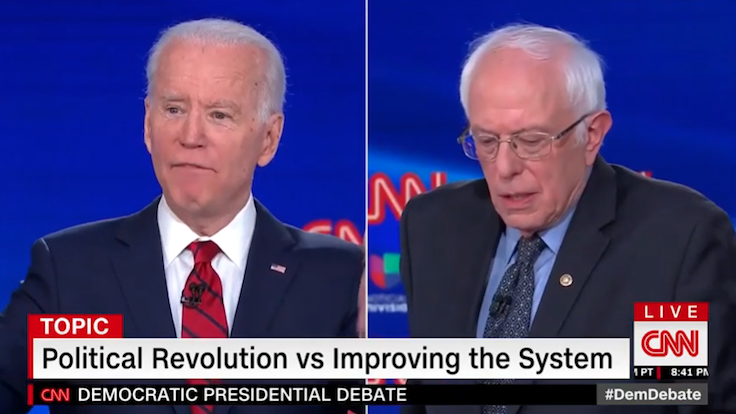 Sen. Bernie Sanders (I., Vt.) and former vice president Joe Biden both falsely claimed during Sunday night's Democratic presidential debate that they are not receiving help from super PACs and outside groups.

"Why don't you get rid of the super PAC that you have right now, which is running ugly, negative ads about me?" Sanders asked Biden.

"You getting rid of the nine super PACs you have?" Biden asked.

Biden said Sanders's implication that he is aided by outside...

NEWS
The FEC is back, but challenges await the divided commission
OpenSecrets.org

The Trump campaign has not returned an illegal donation it received from a foreign national in 2019, records from the Federal Election Commission (FEC) show....

Proponents of small dollar donor-based campaign finance reforms breathed a sigh of relief Monday when the U.S. Supreme Court announced it would not take up...

She Slammed Super PACs. Now Warren Is Getting $9 Million Ad Buy From One.

Just a week after Sen. Elizabeth Warren (D-MA) said she would accept help from a Super PAC – after it became clear she was losing the 2020 Democratic...