Did Hillary Clinton say, ‘If I'm indicted, I'll take half of D.C. with me'?

Hillary Clinton, Corruption, Politics, Democratic Party
Save for Later
From The Center 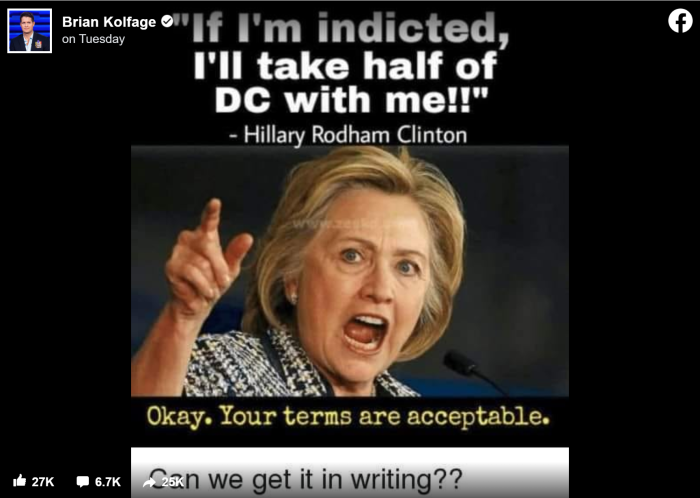 An image shared on Facebook more than 25,000 times claims former Secretary of State Hillary Clinton once said, “If I’m indicted, I’ll take half of DC with me!”

There is no evidence Clinton ever made the statement. A spokesman for Clinton confirmed she never made the comment about taking “half of DC” with her.

The claim that the former secretary of state made the statement has been circulating on social media since at least 2018, with this particular post saying, “Okay. Your terms are acceptable. Can...

News and Information about Politics
Go ad-free! Support AllSides.
About these ads
https://checkyourfact.com/2020/03/13/fact-check-hillary-clinton-quote-indicted-take-half-dc/