I Fear the Coronavirus

coronavirus, Public Health
Save for Later
From The Right 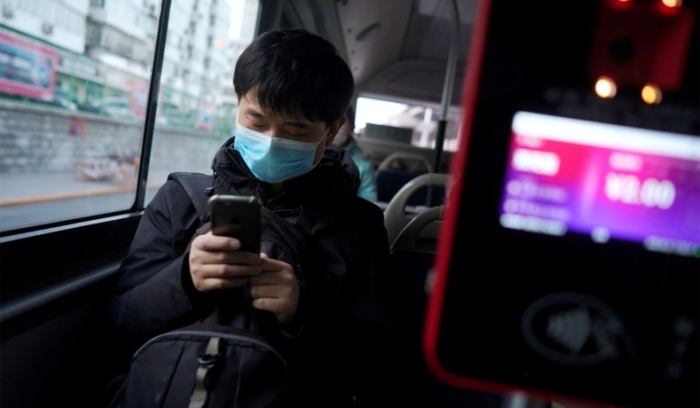 For a significant portion of readers, that’s enough to write me off. “It’s just like the flu, but not as bad,” I’ve been told several times already. That response is based on a sound calculation used by Calvin Coolidge that for every ten problems you can see in the distance, only one will ever reach you.

But it looks like it reached us. Seattle’s outbreak has spread across several counties. New York’s is still mostly concentrated in mine,...

Read full story
Some content from this outlet may be limited or behind a paywall.
coronavirus, Public Health

Like many Americans, I have grown tired of anti-vaxxer bravado. Suddenly, the people who bragged they’d reject Covid-19 vaccines at all...

Hospitals in the southern United States are running dangerously low on space in intensive care units, as the Delta variant has led to spikes in...

A hospital in rural New York is pausing its maternity services as employees quit instead of getting the COVID-19 vaccine. Six employees at the Lewis...

When the second plane hit the World Trade Center on September 11, 2001, Terence Opiola rushed downtown. He had no idea how long Ground Zero would stay with him...

Lawmakers on Capitol Hill are pressing Facebook to abandon its plans to build a version of its Instagram app for kids and demanding the company share research...

12 states still refuse to expand Medicaid. Why that’s a problem for all of us
ANALYSIS

In 2020, Missouri residents voted to expand Medicaid, the federal health insurance program for the poor. Under the terms of the 2010 Affordable Care Act,...

The rapidly warming climate is the "greatest threat" to global public health, more than 200 medical journals are warning in an unprecedented joint...

Some nurses are choosing to get fired rather than get vaccinated

Some nurses are choosing to be fired rather than get vaccinated against COVID-19 as hospital systems and localities mandate vaccines.  In Virginia, a...

The Department of Health and Human Services (HHS) has announced a plan to make available new resources to "protect reproductive health" in the face of the...

'COVID-19 Hospitalizations' Are an Increasingly Misleading Measure of Severe Disease

Since the beginning of the COVID-19 pandemic, researchers, policy makers, and journalists have viewed hospitalizations as an important indicator of the disease...

The UK’s chief medical officer announced on Monday that children from the ages of 12 to 15 years old will be offered coronavirus vaccines in England....

The CDC adopted stricter mask guidance for public schools after a major teachers’ union pressured the agency with a reproving statement. Email...