Bernie Sanders, Antisemitism, Rally, Democratic Primary, Race And Racism
Save for Later
From The Left 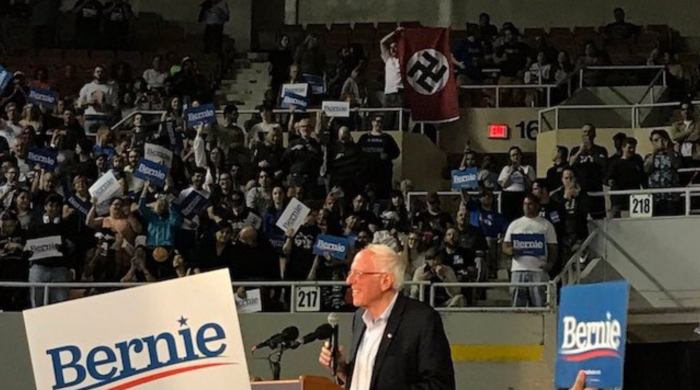 Moments after Sen. Bernie Sanders (I-Vt.) took the stage at his campaign rally in Phoenix on Thursday night, the crowd was on its feet cheering madly for the Democratic presidential candidate.

But those cheers were swiftly replaced by deafening boos when Sanders’s supporters noticed that one man standing behind the senator in an upper section of the Arizona Veterans Memorial Coliseum wasn’t waving a “Bernie” sign like many of those around him.

Read full story
Some content from this outlet may be limited or behind a paywall.
Bernie Sanders, Antisemitism, Rally, Democratic Primary, Race And Racism