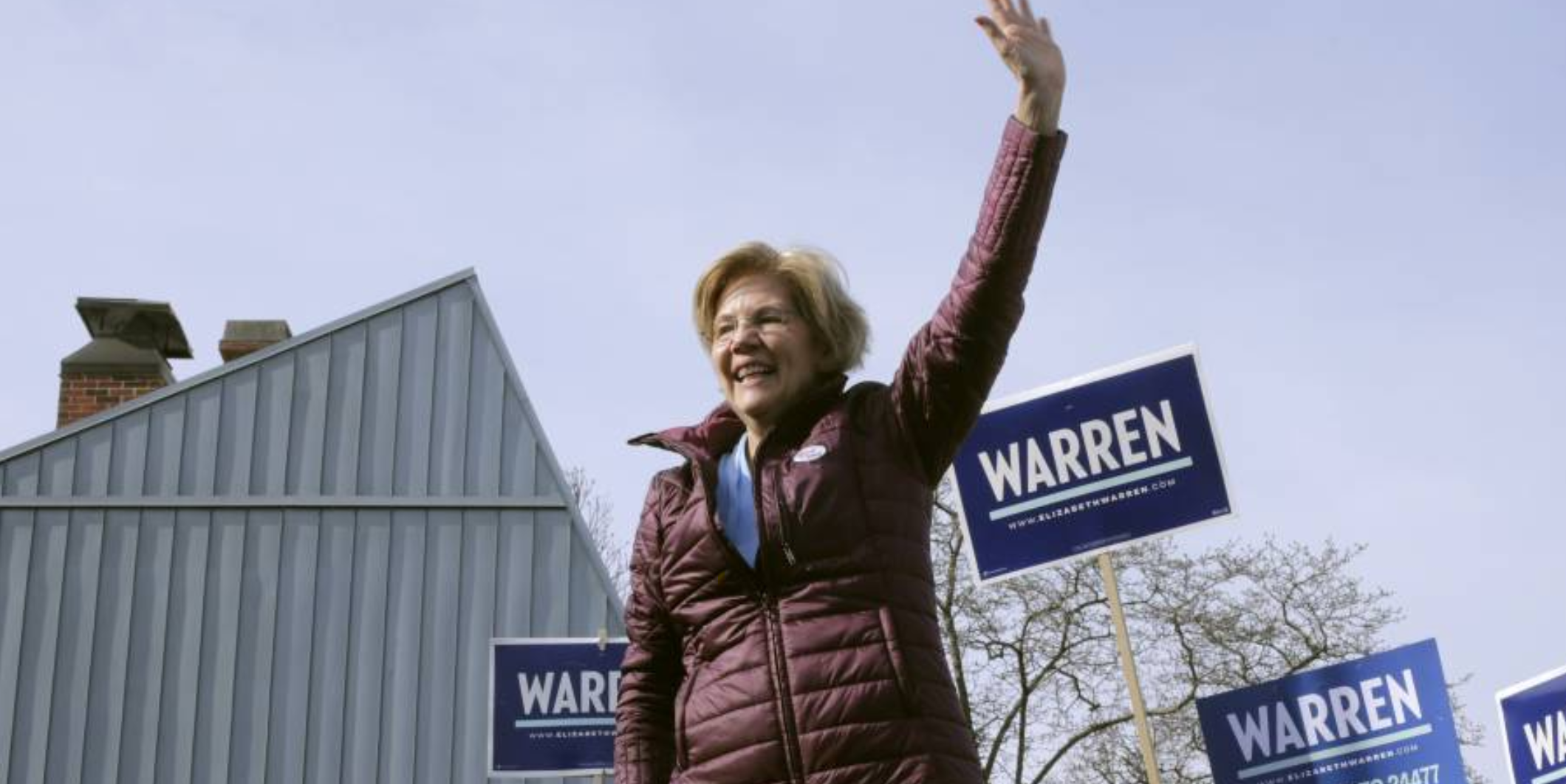 U.S. Sen. Elizabeth Warren's Super Tuesday strategy is "to compete everywhere," she told reporters after voting for herself in the Democratic presidential primary.

Warren’s only public appearance in Massachusetts Tuesday was at the Cambridge school where she cast her ballot, before she heads off to Michigan for an event in Detroit. She gave a speech in California Monday night.

Warren said she'll be spending Tuesday night in Michigan, which votes next week, "because it was just next on the schedule to get out there and talk to people."

NEWS
‘Bailey’ vs. ‘blood and teeth’: The inside story of Elizabeth Warren’s collapse
Politico

‘Bailey’ vs. ‘blood and teeth’: The inside story of Elizabeth Warren’s collapse

Elizabeth Warren’s campaign brass realized they had bungled her budget at the worst possible time. Several weeks before the Iowa and New Hampshire elections...

Many women are left feeling defeated after Elizabeth Warren’s exit from the presidential race. With a crushing loss on Super Tuesday, and voter after voter...

The Fight Goes On
OPINION

Remarks from Elizabeth Warren shared in a call with campaign staff: I want to start with the news. I want all of you to hear it first, and I want you to...

Elizabeth Warren, Once a Front-Runner, Will Drop Out of Presidential Race

BOSTON — Senator Elizabeth Warren of Massachusetts plans to drop out of the presidential race on Thursday and will inform her staff of her plans later this...

A half-dozen women of color have departed Elizabeth Warren’s Nevada campaign in the run-up to the state’s caucuses with complaints of a toxic work environment...

Now that Elizabeth Warren has bowed to the inevitable, the Biden-Bernie matchup is either a battle for the soul of the Democratic Party…or the typical dust-...

Elizabeth Warren on Thursday ended her presidential run. Afterward, her supporters lamented that in a Democratic primary that boasted a record number of...

Elizabeth Warren is dropping out of Democratic race for president, so who will get her votes? It’s...

In what turned out to be the final rally of her presidential campaign, Elizabeth Warren had some advice for more than 2,000 voters jammed into a giant shed at...

Elizabeth Warren is suspending her campaign after a poor performance on Super Tuesday, as first reported by the New York Times and confirmed by multiple other...

Things are moving fast in American politics, but see if you can remember back five months to last fall. At the time, Elizabeth Warren of Massachusetts was the...

Elizabeth Warren, the most prominent female candidate in the 2020 Democratic presidential field, is ending her "dream big, fight hard" campaign. On Thursday...

HOUSTON — Elizabeth Warren was bracing for a South Carolina beating. Like many of her rivals for the 2020 Democratic presidential nomination not named Joe...