AMLO, cartels, Violence in America, Drugs, Crime, international affairs, World, Mexico
Save for Later
Add to My Front Page
From The Right 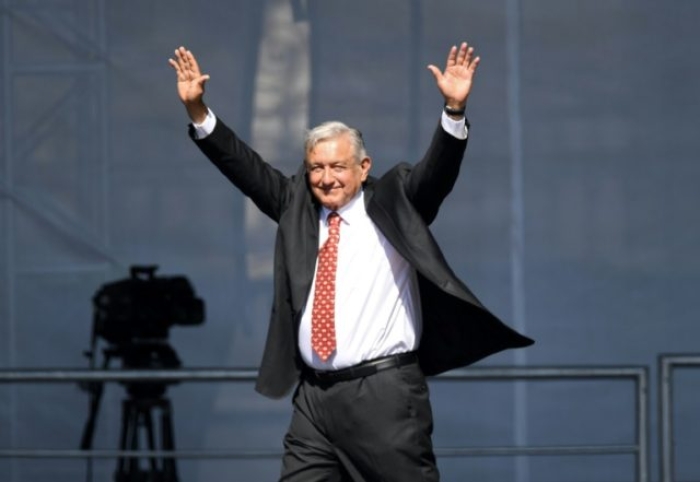 Mexican President Andres Manuel Lopez Obrador is under intense criticism after claiming that 60 percent of the daily victims of cartel violence were drunk or under the influence of drugs. The statement follows fresh reports of Mexico suffering an average 100 of such homicides per day.

During his Wednesday press conference, Lopez Obrador made the troubling claim addressing the rising cartel violence.

Read full story
Some content from this outlet may be limited or behind a paywall.
AMLO, cartels, Violence in America, Drugs, Crime, international affairs, World, Mexico

NEWS
Before COVID-19, more Mexicans came to the U.S. than left for Mexico for the first time in years
Pew Research Center

Vice President Kamala Harris on Friday will make her first visit to the U.S.-Mexico border, her office announced, after she has faced criticism from members of...

US extends Covid-19 travel restrictions with Canada and Mexico

The United States has extended Covid-19 restrictions on non-essential travel at land and ferry crossings with Canada and Mexico until July 21, according to a...

Before COVID-19, more Mexicans came to the U.S. than left for Mexico for the first time in years
DATA

More Mexican migrants came to the United States than left the U.S. for Mexico between 2013 and 2018 – a reversal of the trend in much of the prior decade,...

Fear has invaded the Mexican border city of Reynosa after gunmen in vehicles killed 14 people, including taxis drivers, workers and a nursing student, and...

Why Has AMLO Accused USAID of a “Coup Against Mexico”?
ANALYSIS

“It’s not like USAID is going to invade somebody,” the U.S. Agency for International Development (USAID)’s Obama-era chief Gayle Smith told the New York...

Approximately 190,000 people attempted to cross the southern border illegally from Mexico into the United States in June, the most seen in more than 21 years,...

Another concerning accusation that Joe Biden had a cozy relationship with Hunter Biden's overseas business associates has surfaced. The latest...

Kamala Harris to have virtual conversation with Mexican president about 'root causes of...

Vice President Kamala Harris and Mexican President Andres Manuel Lopez Obrador have set a date to talk about the surge at the U.S.-Mexico border. Julie...