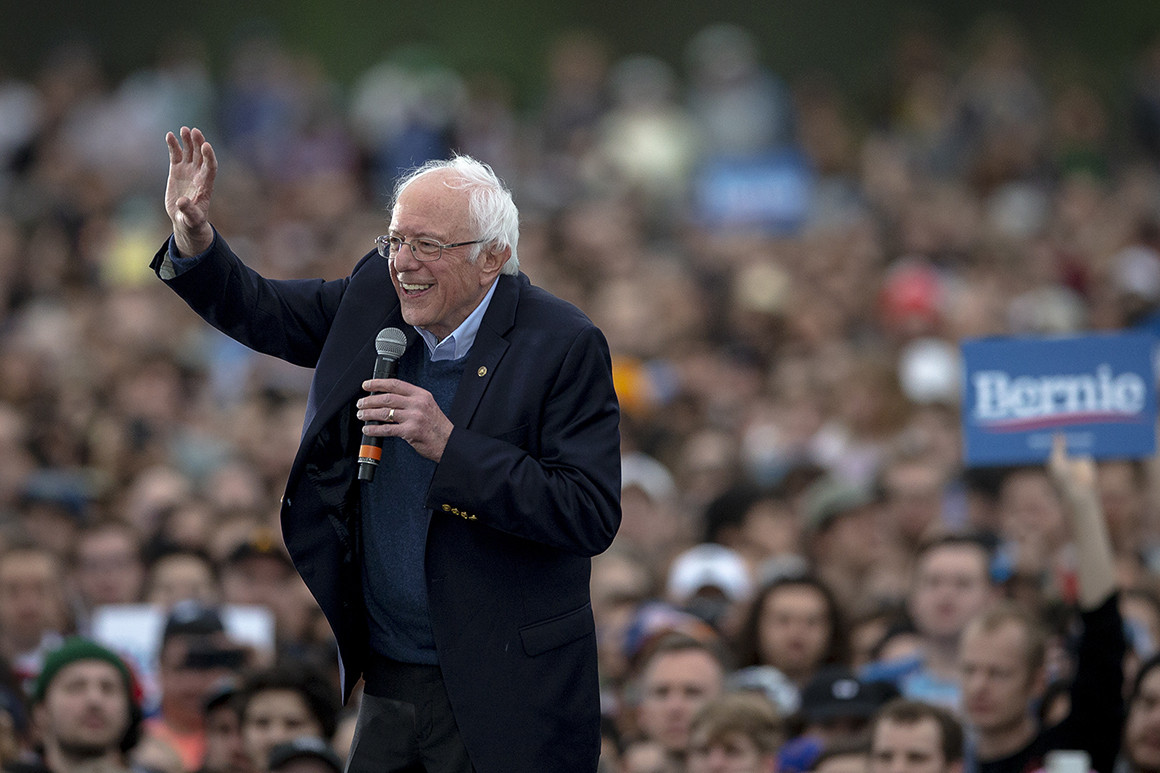 "In 30-plus years of politics, I’ve never seen this level of doom," said one prominent centrist Democrat.

Moderate Democrats watched in horror as Bernie Sanders soared to a landslide victory in Nevada.

It wasn't the win that was surprising — it was the walloping Sanders gave his opponents, his ability to dominate among Latino voters, and the momentum he gained moving into South Carolina and Super Tuesday. The performance sent already worried Democrats into a full-blown panic.

AllSides Media Bias Rating: Lean Left
You disagree.
Thank you! Community votes alone don't determine our ratings, but are valuable feedback and can prompt us to do more research.
74895/63229

Bernie Sanders acknowledged reality on Wednesday and announced that he will no longer be actively campaigning for the Democratic presidential nomination. While...

Wisconsin voters to go to the polls Tuesday, despite "stay-at-home" order

Under a statewide "safer-at-home" order intended to prevent more widespread COVID-19 infection, Wisconsinites are going to the polls to vote in person Tuesday...

Wisconsin’s Supreme Court ruled on Monday that the governor could not postpone Tuesday’s elections because of concerns about the coronavirus, a decision that...

ATLANTA (AP) — Georgia on Thursday postponed primary elections for the second time this year because of the coronavirus, pushing back primaries scheduled for...

“Thousands of Wisconsin voters waited hours in long lines outside overcrowded polling stations on Tuesday so they could participate in a presidential primary...

Sen. Bernie Sanders (I-Vt.) ended his second and likely final run for the presidency on Wednesday, acknowledging that a “feasible” path to the Democratic...

Supporters of Vermont senator acknowledge he is unlikely to win presidential nomination, but they say ‘he’s no longer just a lone voice’ Bernie Sanders’s...

Fate of Trump's Presidency Could Be Tied to Reopening
OPINION

Easter may not bring America the victory in the war against the coronavirus pandemic that President Donald Trump anticipated. But in this Holy Week, we may be...

So — it turns out there are no socialists in pandemic elections. Bernie Sanders has suspended his campaign, which in normal times would be major news. Amid the...

Wisconsin's Tuesday primary is back on. In a 4-2 decision along ideological lines, the state's supreme court ruled Monday that Democratic Gov. Tony Evers...