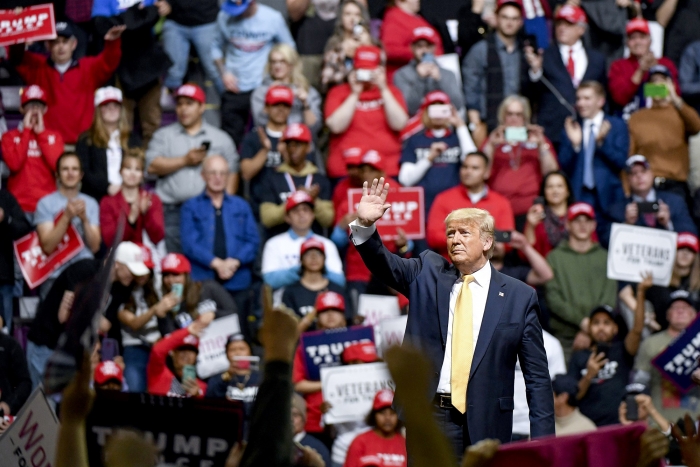 LAS VEGAS — While Democratic voters here will flock to caucus sites to express their preference in their party’s nominating contest, Republican voters will go about their day as normal.

That’s because the Republican Party voted last year to cancel its caucus.

The decision was made to help clear the path to re-election for President Donald Trump. By canceling its caucus, the party ensures that voters don’t have the opportunity to formally put their support behind a different Republican candidate for president.

First, it was socialism. Then it was antifa. Now, with the latest protests sweeping the nation, President Donald Trump’s base has found its newest foil: the...

Republican senators introduced a resolution on Tuesday to formally oppose calls to "defund the police," an idea that has gained traction with some activist...

Florida doctors penned a letter to Jacksonville Mayor Lenny Curry and city officials warning them that bringing the Republican National Convention to the city...

The Fight On The Right: A Pre-Trump Or Post-Trump Future?
ANALYSIS

Republican National Committee (RNC) Chairwoman Ronna McDaniel announced on Thursday that the party has moved its celebration of the re-nomination of President...