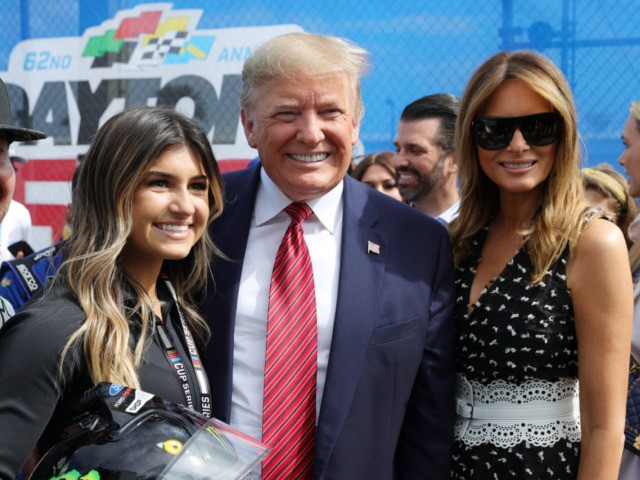 Sixty-four percent of small business owners approve of Trump’s job performance as president, according to a survey released Thursday by CNBC and Survey Monkey. That was a four-point gain from the prior survey taken at the end of 2019.

That is the highest approval rating since the quarterly survey was launched in 2017.

AllSides Media Bias Rating: Right
You disagree.
Thank you! Community votes alone don't determine our ratings, but are valuable feedback and can prompt us to do more research.
81038/68355

Go ad-free!   About these ads
More news about Business
https://www.breitbart.com/economy/2020/02/20/trumps-approval-rating-among-small-business-owners-soars-to-all-time-high/

Rate Bias
Business
The meat industry is trying to get back to normal. But workers are still getting sick — and...

There are now more than 11,000 coronavirus cases tied to Tyson Foods, Smithfield Foods and JBS. Tyson Foods, the largest meat processor in the United States...

Twitter Will Allow Employees To Work At Home Forever

Some Twitter employees will never return to their office. Twitter CEO Jack Dorsey emailed employees on Tuesday telling them that they’d be allowed to work...

Tesla (TSLA) CEO Elon Musk escalated his standoff with county officials in California on Monday as he announced that the automaker would be "restarting...

Boeing announced on Wednesday it is immediately cutting more than 12,000 U.S. jobs, and several thousand more will be eliminated over the next few months....

Consumer spending tumbled a record 16.4% in April as the backbone of the U.S. economy retrenched amid the coronavirus pandemic, according to a government...

This Abridge News topic aggregates four unique arguments on different sides of the debate. Here are the quick facts to get you started: THE QUICK FACTS Elon...

Should businesses be shielded from coronavirus lawsuits?

What’s happening: Businesses in some parts of the U.S. have begun to reopen after weeks of closures to stem the spread of the coronavirus. While the public...

Google will allow employees to work from home until the end of 2020, following similar announcements from other major tech companies earlier this week. If...

Retail sales crater a record 16.4% in April amid coronavirus lockdowns and spending slump

The numbers: Sales at U.S. retailers sank a record 16.4% in April after coronavirus lockdowns shuttered much of the economy, cost millions of jobs and spawned...

The world’s last Blockbuster is holding strong amid coronavirus

The world’s last Blockbuster is holding strong. The 20-year-old Bend, Oregon, location that became the only Blockbuster left on the planet–has managed to...

Shake Shack Inc.’s top executives are calling for improvements to the tangled process of applying for a loan from the Paycheck Protection Program that is meant...

House Speaker Nancy Pelosi, in an interview set to air on "Fox News Sunday," said she believes Congress will "come to an agreement" on the $250 billion request...