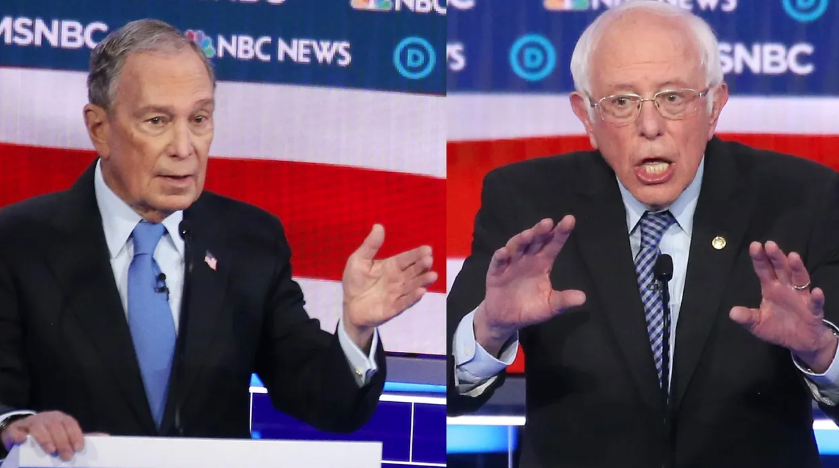 Sanders criticized President Donald Trump and Walmart over what he called "socialism for the rich," when Bloomberg inserted his verbal assault.

"I believe in democratic socialism for the working people, not billionaires!" exclaimed Sanders. "Health care for all, educational opportunities for all!"

"What a wonderful country we have!" interjected Bloomberg. "The best-known socialist in the country happens to be a millionaire with...

HEADLINE ROUNDUP
Wisconsin Plans to Hold its Primary on Tuesday

NEWS
“When you have a plan and people can see it, they can start making their plans,” Warren says.
Vox

Wisconsin legislature comes under fire for ‘unconscionable’ decision to hold primary amid...

Two members of the Wisconsin Elections Commission on Sunday denounced the Republican-led legislature for moving forward with the state’s primary this Tuesday,...

Wisconsin is set to hold in-person voting next week after the state’s legislature on Saturday declined to take up an effort delaying the presidential primary...

WASHINGTON—States are exploring ways to expand voting by mail and early voting ahead of the November general election to make sure balloting proceeds if the...