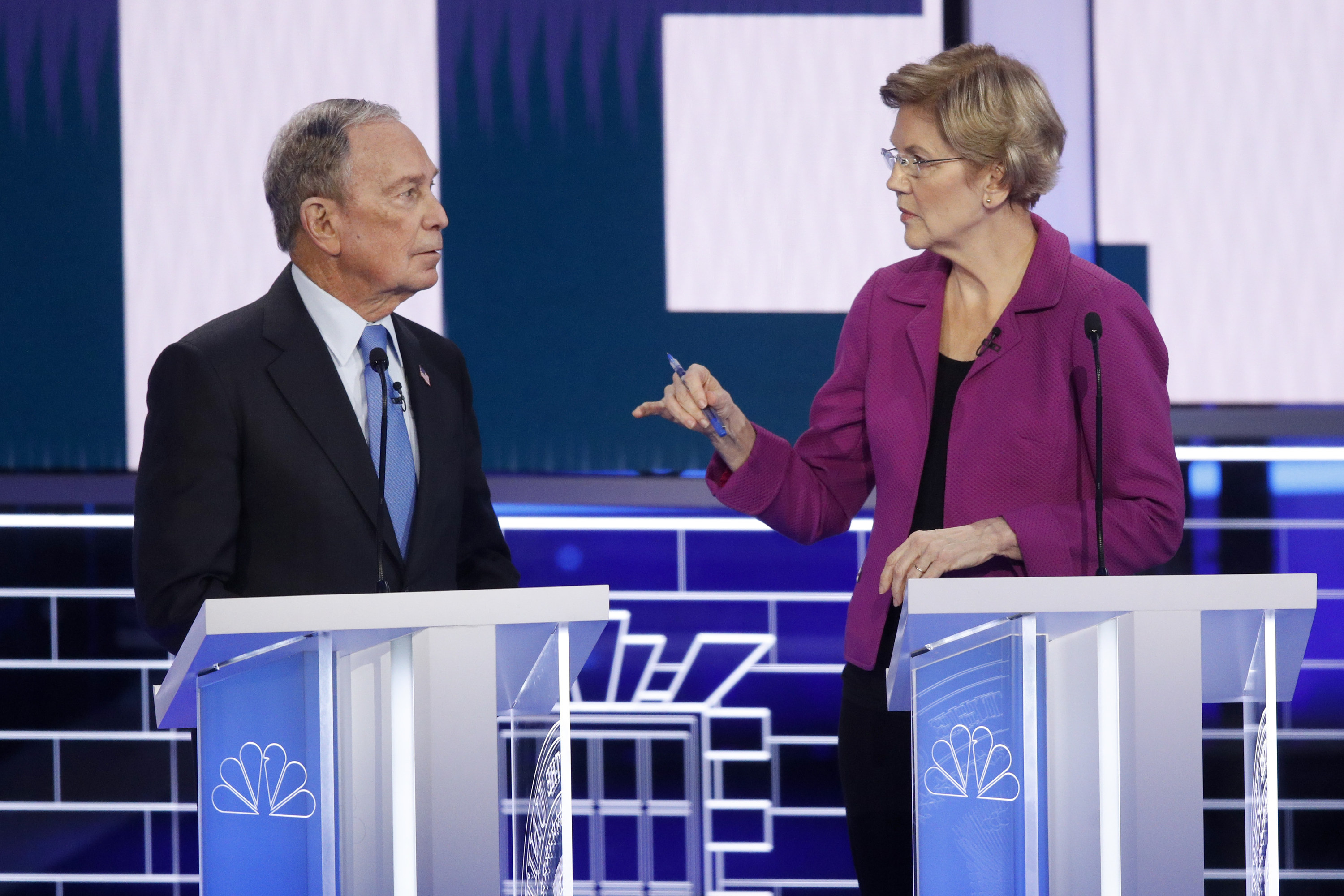 Senators Elizabeth Warren and Amy Klobuchar immediately went after Mike Bloomberg during his first appearance in a Democratic debate on Wednesday night, calling out his treatment of women.

"I'd like to talk about who we're running against," Warren said. "A billionaire who calls women fat broads and horse faced lesbians, and no, I'm not talking about Donald Trump, I'm talking about Mayor Bloomberg.

"Democrats are not going to win if we have a nominee who has a history of hiding his tax returns, of harassing women," she added.

AllSides Media Bias Rating: Left
You agree.
Thank you! Community votes alone don't determine our ratings, but are valuable feedback and can prompt us to do more research.
73921/62591