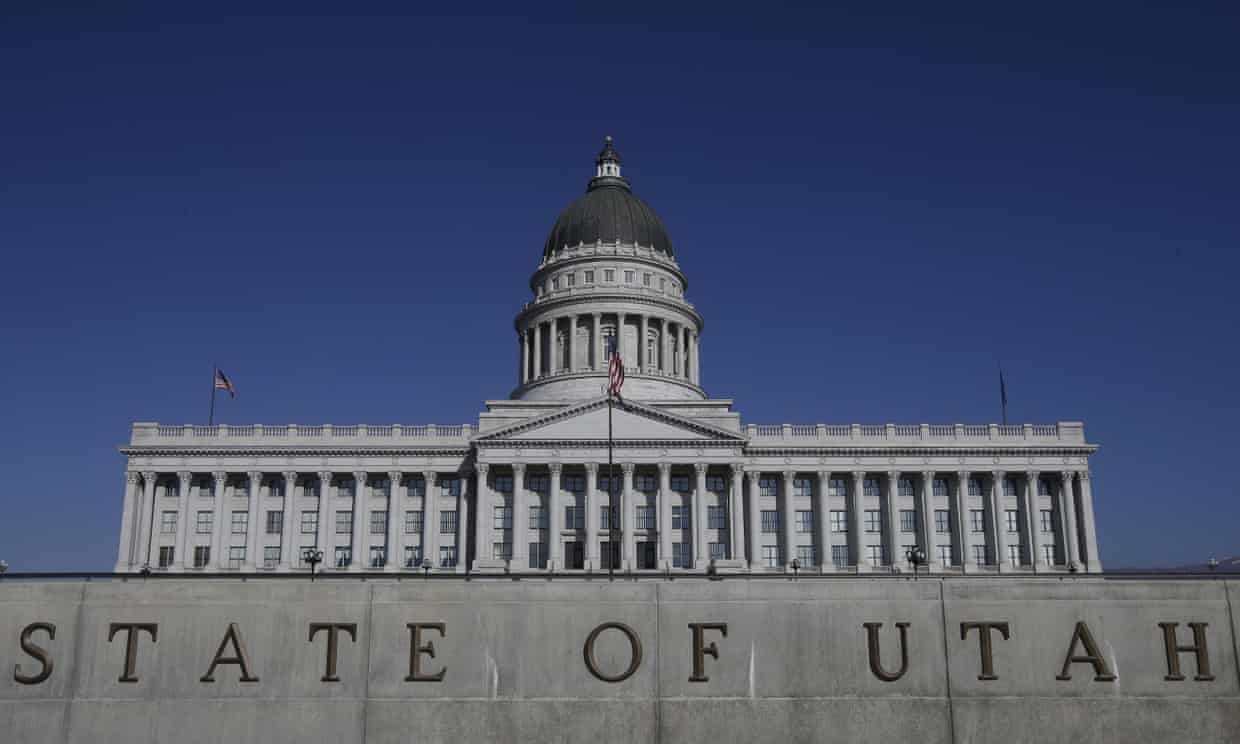 The Utah state senate voted unanimously on Tuesday to effectively decriminalize polygamy among consenting adults, reducing penalties for a practice with deep religious roots in the predominantly Mormon state.

The bill, which would treat the offense of plural marriage as a simple infraction on par with a parking ticket, now moves to the Utah house of representatives, where it is likely to face greater resistance.

The bill swiftly cleared the Republican-controlled senate on a vote of 29-0 with little discussion.

Under current law, polygamy – typically involving a man who...

HEADLINE ROUNDUP
As Virus Spread, Many Nursing Homes Became Hotbeds
NEWS
Is it acceptable for women to propose marriage to men?
Kialo

Go ad-free!   About these ads
More news about Family and Marriage
https://www.theguardian.com/us-news/2020/feb/18/utah-senate-decriminalize-polygamy-bill

How to help your marriage survive coronavirus

Everyone’s living situation is challenging right now. People who are socially isolating alone are feeling, well, isolated. Roommates, in addition to the...

Coronavirus Is Making More People Want to Give Birth at Home

Kara is 39 and a half weeks pregnant—and suddenly she’s rethinking her entire birth plan. She always planned on delivering her baby at the hospital, as she’...

My husband and I arrived at the hospital last Friday for my labor induction. Just two years ago, I gave birth in the same facility. But this time everything...

Bill Clinton Had An Affair to "Manage [His] Anxiety"

There’s a new biographical docuseries coming out about Hillary Clinton—and of course, it mentions the emails. Not only is the existence of this series further...

Darrell Ford’s supervisor calls him almost every day, asking when he’ll return to his building-maintenance job in Duluth, Minn. “We don’t have an answer...

It was only a few months ago that someone last treated Cassie Johns like a freak. During a doctor’s office visit in February, she was asked to list her...

Hurt instead of helped: Foster children victimized in out-of-state facilities where oversight is...

Across the country, child welfare officials have sent thousands of foster children to mental health institutions in distant states, including facilities where...

Affluent Americans Still Say ‘I Do.’ More in the Middle Class Don’t.

Middle-class Americans are forsaking marriage amid financial insecurity, effectively making the institution more of a luxury good enjoyed by prosperous...

She called me from a one-bedroom apartment two weeks ago, her voice quiet and shaky. “I just cannot take one more minute with him,” she said. “I have to get...

Here's something you might not have heard of: post-traumatic growth. I promise I didn't invent it just to cheer anybody up. But I hope it does cheer you up,...

On breastfeeding, personal choice and the disastrous politics of Mike Bloomberg
OPINION

He may have hoped his billions would speak louder than his baggage, but Michael Bloomberg has experienced a cavalcade of bad press over the past two weeks that...

The Nuclear Family Was a Mistake
OPINION

The scene is one many of us have somewhere in our family history: Dozens of people celebrating Thanksgiving or some other holiday around a makeshift stretch of...

The White House is pushing back against claims that First Lady Melania Trump is being hypocritical for criticizing attacks on her teenage son Barron, but not...