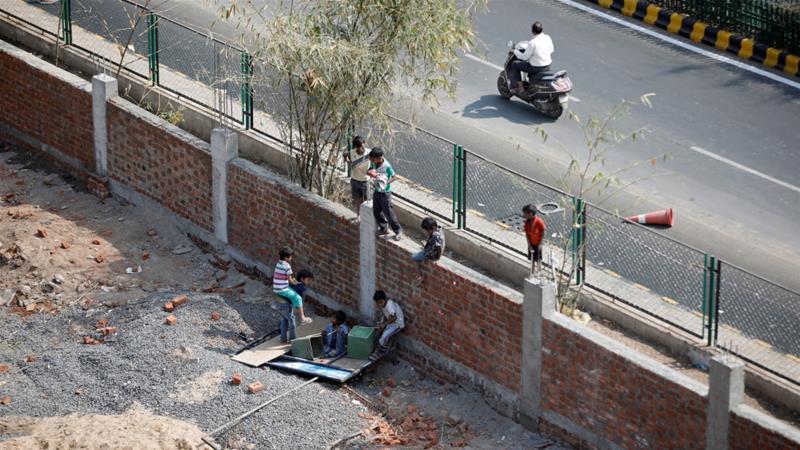 Slum-dwellers in the city of Ahmedabad say they have been served eviction notices by municipal authorities as the home state of Prime Minister Narendra Modi prepares to host US President Donald Trump on February 24.

The slum is close to the Motera Stadium where Modi and Trump are expected to attend an event dubbed "Kem Chho Trump" (How are you, Trump) along the lines of the "Howdy Modi" extravaganza the US president organised for the Indian prime minister in Houston last September.

NEWS
Income Inequality in the United States in 2019
SurveyCool.com

Lawmakers and civil rights groups are warning that the novel coronavirus crisis could devastate minority communities for the next decade if the outbreak upends...

On Monday morning, Jeff Bezos announced the creation of a new $10 billion environmental foundation, the Bezos Earth Fund. This is on top of the $2 billion he...

I Performed at the Super Bowl. You Might Have Missed Me.
OPINION

As a child of immigrants, a grandchild of refugees, a Deaf woman of color, an artist and a mother, I was proud to perform the national anthem and “America the...

Across America, there are pockets of poverty, communities that have been left behind or deprived of the basics needed to develop, like Pembroke Township, a...

The Legend of A-N-N-A: Revisiting an American Town Where Black People Weren’t Welcome After Dark

I GOT INTO TOWN JUST AFTER SUNSET. The lights were on at a place called the Brick House Grill, and if you were out on South Main Street on a Friday night in...

The House of Representatives approved the Raise the Wage Act Thursday, which would boost the federal minimum wage for the first time in a decade. In a 231-...