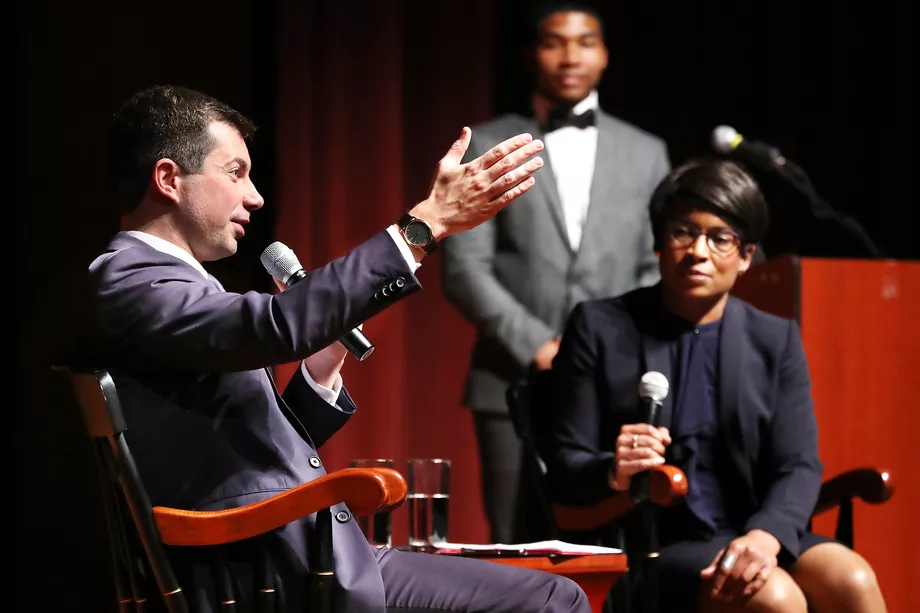 As the Democratic presidential primaries move onto Nevada, South Carolina and the many Super Tuesday states, candidates turn their attention to people of color, and particularly African Americans.

Many candidates find their rhetoric contradicted by their record; their promises conflicting with their performances.

Donald Trump now seeks to woo black voters by taking credit for the economy, by touting the first steps in reducing mass incarceration, and by hyping so-called “opportunity zones.”

AllSides Media Bias Rating: Left
You agree.
Thank you! Community votes alone don't determine our ratings, but are valuable feedback and can prompt us to do more research.
73549/62353

One of Kelly Loeffler’s most appealing traits to Republicans who embraced her for a coveted Senate appointment — her ability to self-fund a competitive...

Get used to seeing the four walls of your own home: Extraordinary measures to control the coronavirus pandemic, potentially including social distancing, may be...

The coronavirus crisis is forcing candidates and their teams to get creative at a time when the democratic process is as vitally important as ever. Dear...

Coronavirus is disrupting the 2020 election. Here are the states that have postponed their primaries

As the coronavirus spreads rapidly across the U.S., measures to contain the deadly pathogen are playing unprecedented havoc with the 2020 election and...

Democratic presidential front-runner Joe Biden said on Sunday he needed to start vetting possible running mates “in a matter of weeks” and that he discussed...

Biden Doesn’t Have to Let Sanders Pull Him Leftward
OPINION

He should emphasize replacing Trump, which is the unifying message for all of his potential voters. My advice for Joe Biden: Don’t do that again. That...

Former vice president Joe Biden further cemented his path to the Democratic nomination by sweeping all three primaries on Tuesday night, winning by over a...