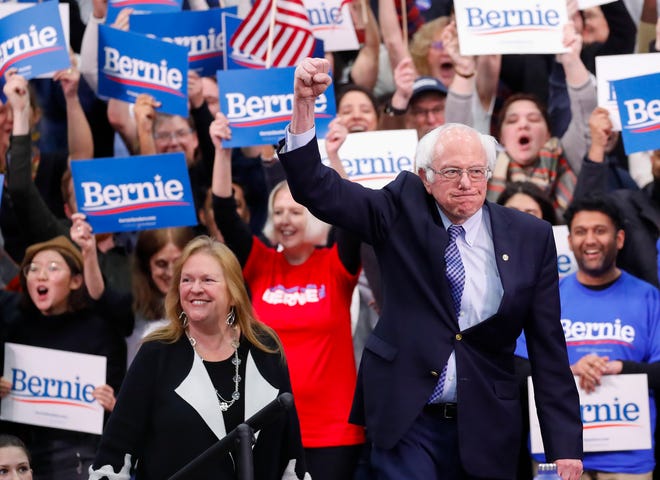 He has fewer delegates than Pete Buttigieg, the former mayor of South Bend, Indiana.

So why are many center-left Democrats worried that the self-described democratic socialist is the favorite to win the nomination?

Because right now, there are too many candidates in the party’s center lane dividing up the rest of the vote.

“Every time a `moderate alternative’ fades, another emerges,” Dan Pfeiffer, who worked on Barack Obama’s 2008 campaign, said on his podcast the day...

NEWS
The Virus Has Transformed the 2020 Elections. Here’s How.
New York Times - News

One of Kelly Loeffler’s most appealing traits to Republicans who embraced her for a coveted Senate appointment — her ability to self-fund a competitive...

Get used to seeing the four walls of your own home: Extraordinary measures to control the coronavirus pandemic, potentially including social distancing, may be...

The coronavirus crisis is forcing candidates and their teams to get creative at a time when the democratic process is as vitally important as ever. Dear...

Coronavirus is disrupting the 2020 election. Here are the states that have postponed their primaries

As the coronavirus spreads rapidly across the U.S., measures to contain the deadly pathogen are playing unprecedented havoc with the 2020 election and...

Democratic presidential front-runner Joe Biden said on Sunday he needed to start vetting possible running mates “in a matter of weeks” and that he discussed...

Biden Doesn’t Have to Let Sanders Pull Him Leftward
OPINION

He should emphasize replacing Trump, which is the unifying message for all of his potential voters. My advice for Joe Biden: Don’t do that again. That...

Former vice president Joe Biden further cemented his path to the Democratic nomination by sweeping all three primaries on Tuesday night, winning by over a...