Hey, Andrew Yang: What Will You Do with Your Left Over Campaign Cash? 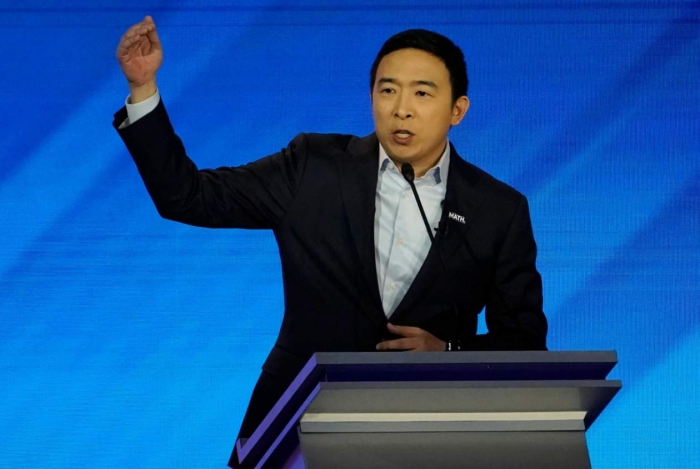 Andrew Yang and Michael Bennet have ended their campaigns for president.

What happens to the money they have raised, but not yet spent?

The amounts could be substantial. Financial reports submitted to the Federal Election Commission indicate that as of Dec. 31, 2019, candidates who had already dropped out still had plenty in the bank. Former Texas Congressman Beto O'Rourke dropped out Nov. 1, but at year’s end still had US$360,000 in the bank. Sen. Kamala Harris, who dropped out Dec. 3, reported having $1.3 million available.

WASHINGTON — Nearly 60 years ago, the Supreme Court decided the case of Clarence Gideon, a Florida drifter accused of breaking into a poolroom who was tried...

Joe Biden has a problem. Silicon Valley billionaires think they have a solution. Election Day is less than six months away, and Democrats are scrambling to...

Jim Bognet’s congressional campaign is very much a family affair. It’s based at the offices of his father’s contracting business in Hazle Township,...

Trump and RNC raised $74 million in May, trailing Biden’s haul

President Donald Trump and the Republican National Committee combined to raise $74 million in the month of May, the Trump campaign announced on Saturday....