Even Without Trump's Tweets, the Attorney General's Intervention on Roger Stone's Behalf Would Have Looked Bad 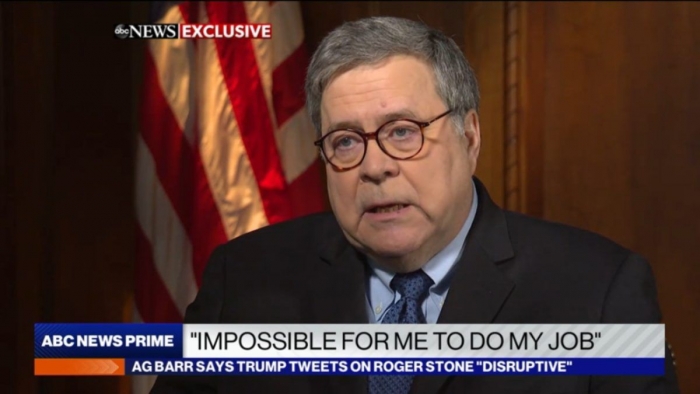 Is Attorney General William Barr defending the independence and integrity of the Justice Department, or is he just trying to quell the controversy over Roger Stone's sentencing and reassure prosecutors who are anxious about political interference with their work? Is he annoyed by the president's tweets about the case because they "make it impossible for me to do my job," as he told ABC News yesterday, or because they make it impossible to pretend that the decision to override the original sentencing recommendation was untainted by Donald Trump's personal interests?

Read full story
Some content from this outlet may be limited or behind a paywall.
Attorney General, William Barr, Donald Trump, White House, Justice

News
Judge: Some portions of Mar-a-Lago search affidavit can be made public
The Palm Beach Post