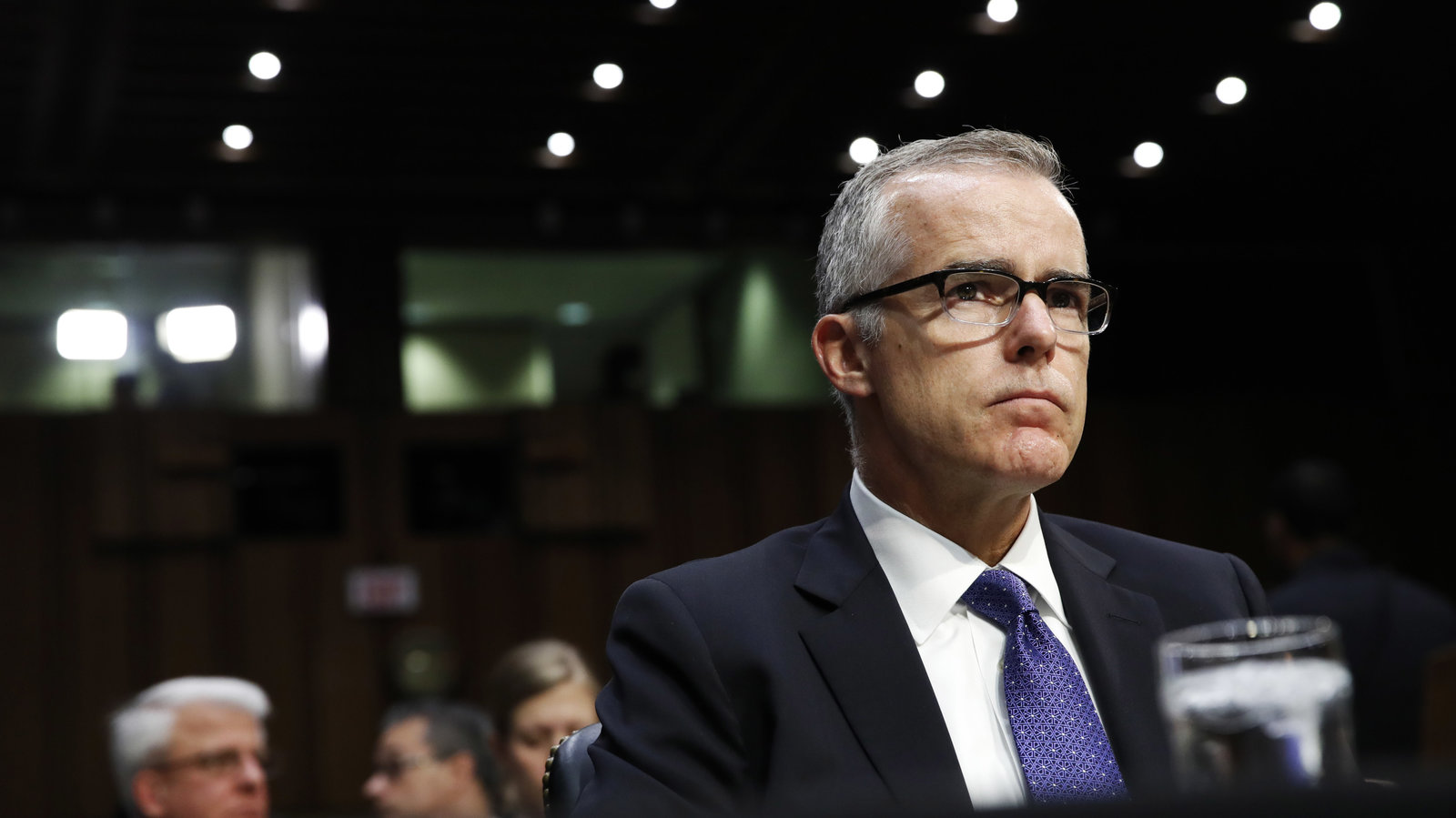 The Justice Department announced Friday that former FBI Deputy Director Andrew McCabe will not be charged following an allegation by the department's inspector general that he lied to investigators about a leak to the media.

In a letter to McCabe's attorneys, the department said that "based on the totality of the circumstances and all of the information known to the government at this time, we consider the matter closed."

The decision is not likely to sit well with President Trump.

AllSides Media Bias Rating: Center
You agree.
Thank you! Community votes alone don't determine our ratings, but are valuable feedback and can prompt us to do more research.
73583/62399

Trump Takes Up Call for Barr to ‘Clean House’ at Justice Dept.

WASHINGTON — Ignoring appeals from his attorney general to stop tweeting about the Justice Department, President Trump renewed his attacks on the agency on...

Rate Bias
Justice Department
The Fall of the DOJ
ANALYSIS

After the worst week in the history of an independent Justice Department since Watergate, on Tuesday, Donald Trump pardoned or commuted the sentences of 11...

1,100 Former DOJ Lawyers Call on Barr to Resign for Interference in Stone Sentencing

More than 1,100 former prosecutors and officials at the Department of Justice called on Attorney General Bill Barr to resign Sunday after he intervened in the...

Washington (CNN) -- The Department of Justice is dropping its criminal investigation of former FBI Deputy Director Andrew McCabe without bringing charges, it...

This Abridge News topic aggregates four unique arguments on different sides of the debate. Here are the quick facts to get you started: THE QUICK FACTS This...

An appeals court upheld a lower court ruling on Tuesday, ordering the Justice Department to give the Democrat-led House Judiciary Committee access to secretive...

Can the republic survive Attorney General William Barr? That’s the question that has seized the media and center-left, which have worked themselves into a...

Donald Trump and his attorney general seem headed for a confrontation, just as the president is declaring himself the nation’s “chief law enforcement officer”...

Let's take a moment to spare some pity for Bill Barr. Being the U.S. Attorney General can be a tough gig. It's a job held at the pleasure of the president,...