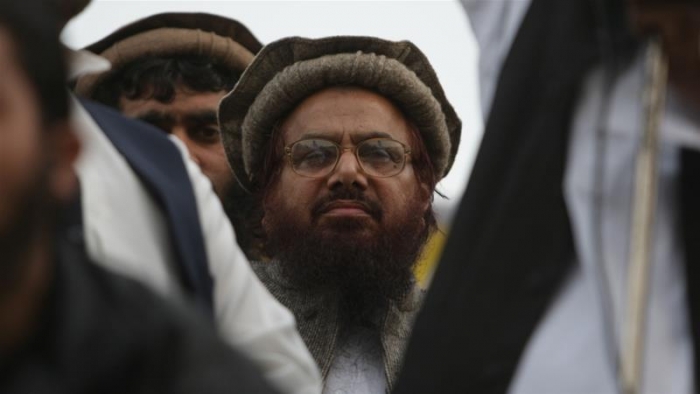 Islamabad, Pakistan - A Pakistani anti-terrorism court has sentenced Hafiz Muhammad Saeed, the founder of the Lashkar-e-Taiba armed group, to five and a half years' prison in a case related to terrorism financing, his lawyer says.

Saeed was convicted and sentenced on two counts by a court in the eastern city of Lahore on Wednesday, Imran Gill, the lawyer, told Al Jazeera.

LOTS OF PEOPLE have ridiculed President Donald Trump for telling journalist Bob Woodward that he “wanted to always play [Covid-19] down … because I don’t want...

President Donald Trump bestowed the Medal of Honor on a U.S. soldier Friday, calling him “one of the bravest men anywhere in the world” for his role in a...

Joseph R. Biden Jr. will travel to New York and Pennsylvania on Friday to commemorate the 19th anniversary of the Sept. 11 terrorist attacks as he and...

On Wednesday, President Donald Trump did something incredibly dangerous. Asked by a reporter about QAnon, a conspiracy group that has been labeled a...

President Trump addressed the baseless, far-right QAnon conspiracy theory directly for the first time on Wednesday, saying he didn't know much about the online...

We cannot forget that America’s safety over the past two decades has come at a great cost. Exactly 19 years ago, Al Qaeda launched a vicious attack on our...

Trump: I Don’t Know Much About ‘QAnon’

President Donald Trump said Wednesday that he doesn’t know much about QAnon, a community that follows a person or group that is said to have high-level access...

"Police brutality" is not the proper way to describe the nature of American policing, says the Boston Celtics' cop-hating forward Jaylen Brown. He prefers the...