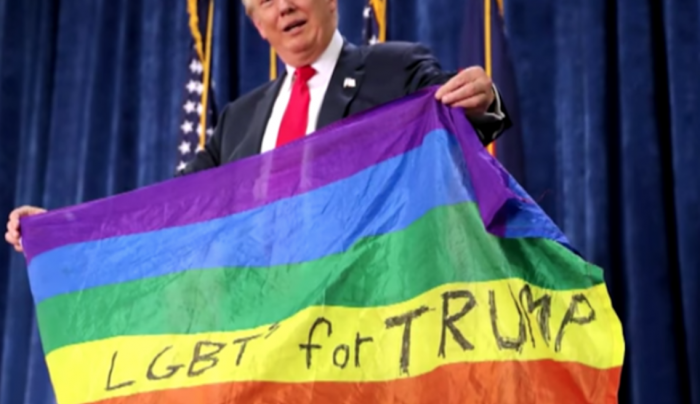 The president of the Human Rights Campaign, Alphonso David, has called President Trump the “worst president on LGBTQ issues ever.” Yes, seriously.

But nobody else should take that claim seriously.

The 2020 Democratic presidential candidates have all echoed this tune, albeit with slightly less extreme language, decrying the Trump administration as supposedly hateful and homophobic. But this narrative has always been wildly exaggerated, and Trump’s new budget proposal puts the lie to it more than ever. Would a homophobic president be fighting for record levels of anti-HIV funding?

When Jun Young came out at the age of 45, he thought back to his childhood. He was raised in a Catholic household in the Philippines, where he was taught...

Before writing this article, I went and looked back at the majority of my tweets that use the phrase “misgender” to help me figure out where to start. In doing...

On Monday “The Supreme Court, by a vote of 6-3, ruled that even if Congress may not have had discrimination based on sexual orientation or transgender status...

This Abridge News topic aggregates four unique arguments on different sides of the debate. Here are the quick facts to get you started: THE QUICK FACTS In a...

The Supreme Court ruled Monday that federal sex-based civil rights law protects workers from discrimination on the basis on sexual orientation and gender...