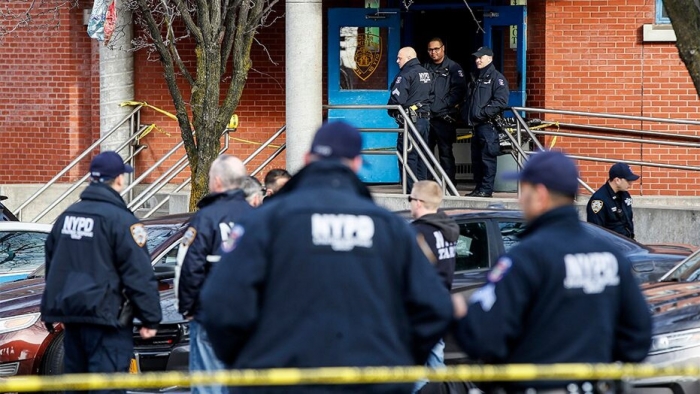 A police union says the men and women of New York City’s finest are now “declaring war” on Mayor Bill de Blasio following a pair of shootings targeting officers in the Bronx over the weekend.

The fiery rhetoric directed at the Big Apple’s Democrat leader -- who has implemented several measures critics say are hostile to police – comes as the NYPD filed charges against suspect Robert Williams in both attacks.

Three police officers in Wilmington, N.C., have lost their jobs after the discovery of one of them saying in a video recording that it would take a civil war...

Twelve years ago, officials in Vallejo, Calif., reluctantly took a step that activists are now urging in cities across the country: They defunded their police...

As we consider what role monuments play in our culture, I’d ask us to listen to the words of James Baldwin from the film I made on the Statue of Liberty. That...

Police fired chemical agents to clear Lafayette Square in Washington, D.C., on Monday night after protesters attempted — and failed — to pull down a huge...

Two people were killed and at least 12 hurt early Monday after a multi-day Juneteenth street party erupted in gunfire in northwest Charlotte, according to...

The father of a teenager shot and killed near the Capitol Hill Occupied Protest in Seattle, Washington, says the mayor has not called him at all, but he has...

Rate Bias
Violence in America
Antifa's A Laugh Riot – Until It Comes For You!
OPINION

I wonder if Milo Yiannopoulos, Ben Shapiro, Charles Murray and Heather MacDonald are reacting to these antifa riots the same way I am. I mean, not that...