Sanders once likened poor whites to blacks under apartheid 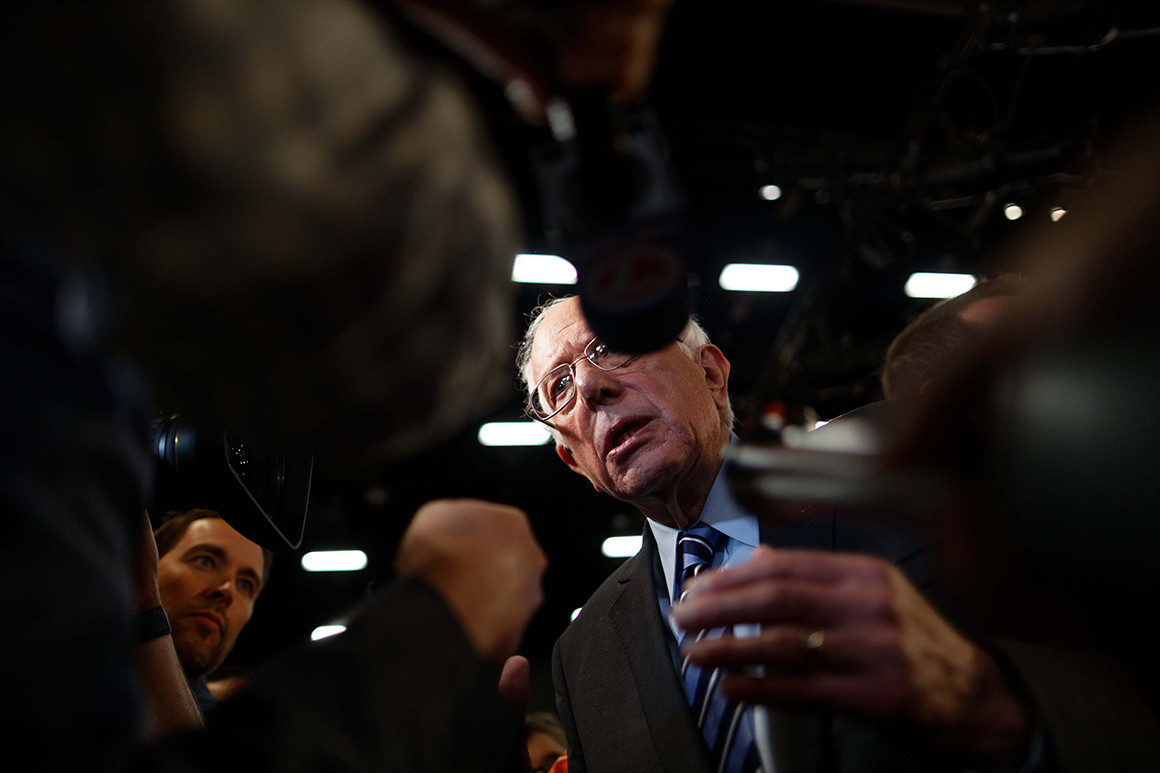 Bernie Sanders once compared poor white Vermonters to black South Africans suffering under apartheid. At other times, he likened the plight of some working people as well as imported foreign laborers to slavery.

Now that Sanders is rising in the polls and expected by many to win Iowa, rival Democrats are bringing to light his decades-old comments in an effort to question the senator’s stances on race and to underscore the challenges he has had with black voters.

NEWS
‘Do you have the corona?’: Asians in Chicago worry about damage done after Trump repeatedly called COVID-19 the ‘Chinese virus’
Chicago Tribune

Now that most colleges and universities have moved their classes to online lectures in the wake of the COVID-19 pandemic many are utilizing the popular Zoom...

From a high-resolution photograph of Donald Trump’s printed-out remarks for his Thursday press conference, we know two things: the first is that Trump’s speech...

Is the modern Republican Party built on race prejudice, otherwise known as racism? Has it become, as Stuart Stevens — a media consultant with an...

The Back Streeters and the White Boys: Racism in rural Canada

St Paul, Alberta, Canada - A map of embedded sorrow seems to crisscross the weary face of 55-year-old Howard McGillvery. But when he smiles - a close to...

Hair discrimination is not just at the workplace, it has found its way into the educational arena. In December 2018, Andrew Johnson, a Black high school...

‘Do you have the corona?’: Asians in Chicago worry about damage done after Trump repeatedly called...

Ro Nguyen thought it would play out differently. The 30-year-old had just watched a movie at a Streeterville cinema with a friend on March 12 and was...

Does Confederate symbolism have a place in today’s U.S. military? That question echoes a complex debate that continues to evolve in broader society. But for...

Congress by the end of the week will send President Donald Trump a bill to make lynching a federal crime for the first time, a long overdue recognition of the...

WASHINGTON (AP) — Mike Bloomberg is under fire for resurfaced comments in which he says the way to bring down murder rates is to “put a lot of cops” in...

Rate Bias
Race and Racism
Why has the Tulsa Race Massacre been largely forgotten?

Asian American CBS reporter rips Trump tweet urging the public not to blame Asians for the...

CBS News White House Correspondent Weijia Jiang took issue with President Trump when he called on the public to protect the Asian American community and not...

“I think the important point to make about slavery is that it had existed for thousands of years without substantial criticism,” said the historian Gordon Wood...

Former NFL player-turned-activist Colin Kaepernick has written a memoir, and as you can imagine, it seems like it's going to be chock-full of activism...

Bloomberg Defends Racial Profiling by Police in 2015 Recording: ‘They Are Male Minorities’

Recently-resurfaced audio from a speech that Mike Bloomberg gave about his law enforcement strategy as New York City mayor reveals that his support for the...

Comments came as he defended NYPD 'stop and frisk' policy. A newly surfaced audio recording of Michael Bloomberg in 2015 defending the racially...