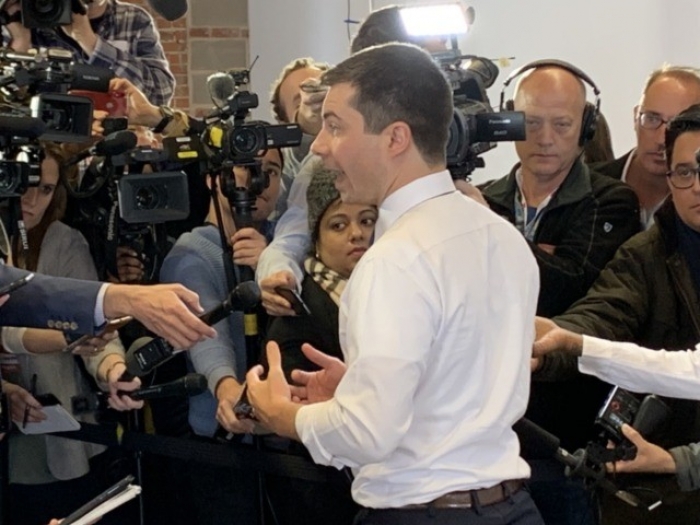 The Des Moines Register and CNN announced Saturday night that they would not release their crucial Iowa poll, citing an error in which one candidate’s name was left out of polling questions.

Jonathan Martin of the New York Times tweeted that the candidate who was left out was former South Bend, Indiana, Mayor Pete Buttigieg:

Read full story
Some content from this outlet may be limited or behind a paywall.
Elections, Iowa Caucus, Polling, Democratic Primary, 2020 Election, Pete Buttigieg