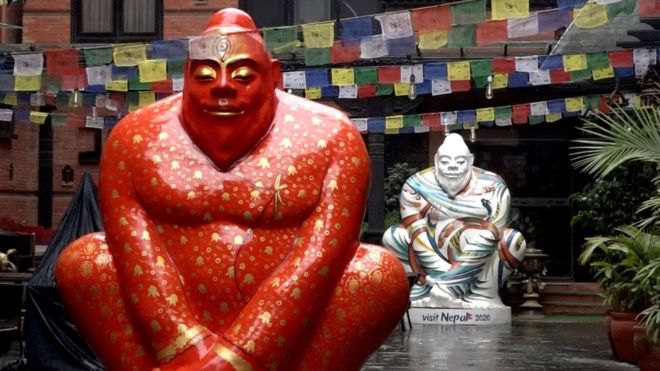 A row over the yeti has pitted experts against officials - and, for once, it is not about whether or not the mythical creature actually exists.

Instead, it is how the creature looks.

"This is not right. The government can't just do as it wants," passer-by Reshma Shrestha says, shaking her head in front of the 7ft (2.1m) tall statue at the centre of a row.

"If you did not tell me, I would not have known that it was a yeti."

'It's a sumo wrestler'
The arrival of...

AllSides Media Bias Rating: Center
You agree.
Thank you! Community votes alone don't determine our ratings, but are valuable feedback and can prompt us to do more research.
74359/62890