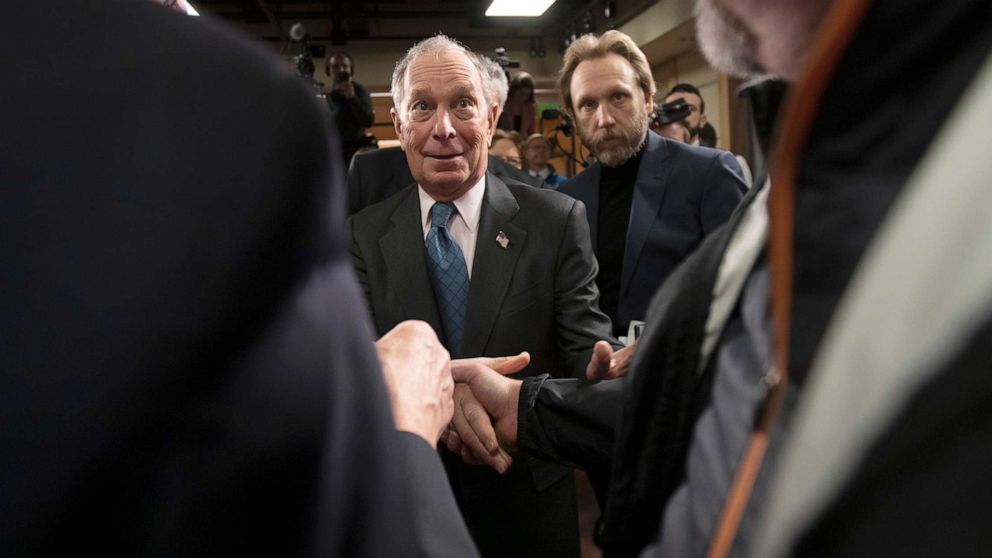 Breaking with many of his fellow 2020 contenders, former New York City Mayor Michael Bloomberg is announcing his support for Puerto Rico becoming the nation's 51st state.

It's in keeping with the strategy he's employed thus far in his late bid: targeting delegate-rich states and territories and skipping the first four early states altogether. Puerto Rico has 51 pledged Democratic delegates.

He announced his stance in an Orlando Sentinel op-ed on Monday, alongside his plan for Puerto Rico's economic development.

“For decades, Puerto Ricans and their interests have been ignored...

Amy Klobuchar is standing tall — but not that tall. The rising star Democratic presidential candidate joked about her height during a discussion about...

On Tuesday, Elizabeth Warren released a plan for, in her campaign’s words, “fixing our bankruptcy system to give people a second chance.” Warren, who taught...

Former Massachusetts Gov. Bill Weld, one of the three Republicans who is challenging President Donald Trump via a 2020 GOP presidential primary, has been...

Sen. Bernie Sanders (I-Vt.) said Saturday that his plan to cancel all student debt would reduce the racial wealth gap, contrary to the claims of Sen. Elizabeth...

Former Texas Congressman Beto O’Rourke said Sunday that the blame for a mass shooting in his hometown of El Paso the day before falls on President Donald Trump...

Democratic presidential candidate Mike Bloomberg misleadingly stated that he “cut” the police practice of stop-and-frisk — a policy that he “inherited” — by “...

LAS VEGAS (AP) — Going further than he ever has in expressing regret over Obama administration immigration policy, presidential candidate Joe Biden called it a...

After interview, Pompeo cursed at reporter, yelled: 'Do you think Americans care about Ukraine...

WASHINGTON – Secretary of State Mike Pompeo used the "F-word" and other expletives after a testy interview with a National Public Radio host on Friday, the...

Democratic Candidates Agree on Climate Change, Except for Role of Natural Gas

Klobuchar, 5’4”, claims to be same height as Jefferson in Maher interview confusion

Democrat presidential hopeful and billionaire Tom Steyer has vowed to raise the federal minimum wage to $22 per hour should he defeat other Democrat hopefuls...

Biden: It’s a ‘Bigger Uphill Climb’ to Win Elections With a Democratic Socialist Running for...

Former Vice President Joe Biden (D) warned Democratic voters that nominating a democratic socialist would make it hard to win not just the presidency but down-...

On the CNN debate stage Tuesday night, Bernie Sanders flat-out denied that he ever told Elizabeth Warren that a woman couldn’t be president, a hard-to-believe...