Impeachment Trial, US Senate, Witnesses, Mitt Romney, Impeachment, Politics
Save for Later
From The Left 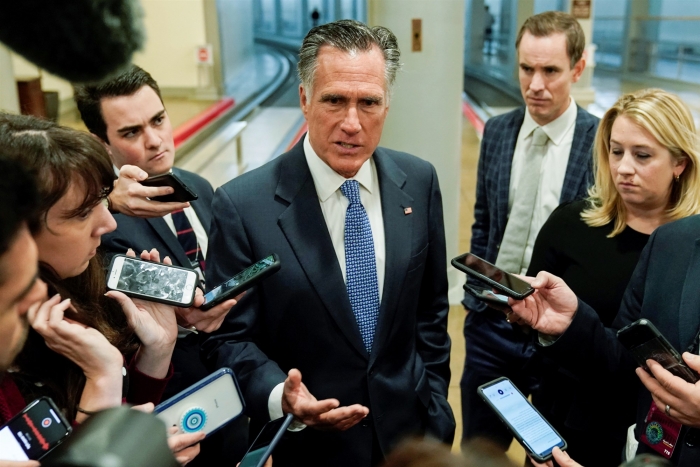 At least four Republicans would need to support Democrats' call for witnesses in a vote expected last this week.

Sen. Mitt Romney, R-Utah, said Monday it's "increasingly likely" that there will be enough Republicans to vote in favor of calling witnesses in President Donald Trump's Senate trial in the wake of the major revelations from a soon-to-be released book from former national security adviser John Bolton.

At least four Republicans would need to vote alongside all Democratic senators in order to secure new testimony.