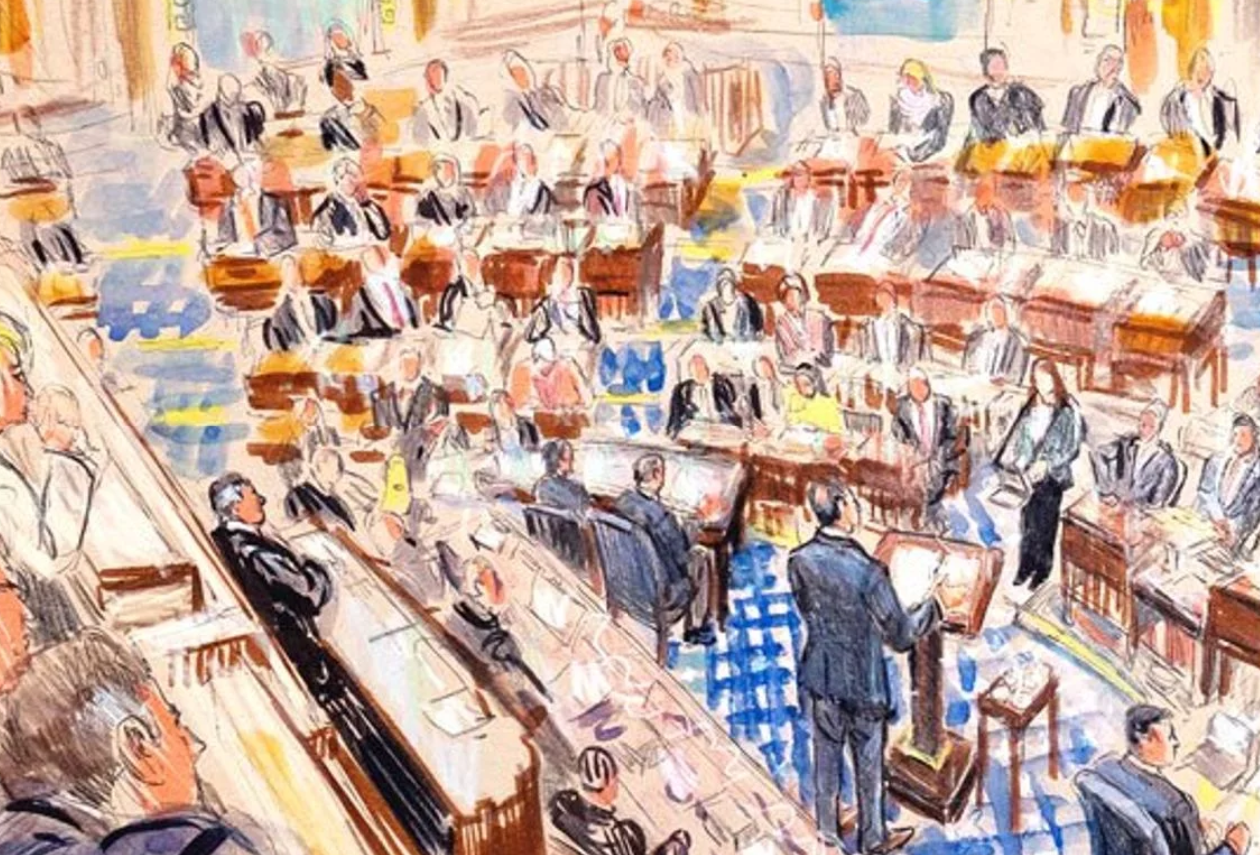 The first real day of Donald Trump's impeachment trial in the U.S. Senate was an epic exercise in raw political power. The Trump team, effectively led by Mitch McConnell, put forth no plausible arguments to support their position. They didn't have to — because they had the votes.

But the media failed to tell that story.

If you were dependent on the coverage from our biggest and most influential media outlets, what you learned was mostly that there was a spirited debate and that McConnell made a concession.

PERSPECTIVES BLOG
Coronavirus Projections say Over 100,000 Could Die in US

NEWS
The news media sounded the alarm on coronavirus for months — but few listened. Why?
Nieman Lab

75% of cable news appearances by members of Trump's coronavirus task force have been on Fox...
ANALYSIS

As the coronavirus pandemic continues to spread, members of President Donald Trump’s coronavirus task force have overwhelmingly appeared on Fox News to discuss...

MSNBC's Rachel Maddow Responds to Trump's Interview Praise: "Did Anyone Show You The...

The news media has the worst approval rating of all major American institutions grappling with the novel coronavirus — but the public’s opinions on the matter...

New Bill Would Strengthen Protections for Journalists Over Classified Info

ALMOST A YEAR after the Trump administration unsealed an indictment against WikiLeaks founder Julian Assange, two progressive members of Congress are trying to...

How are news organizations not wise to this scam? That’s the reaction I had when I heard that ABC News had suspended reporter David Wright after Wright got...

The news media sounded the alarm on coronavirus for months — but few listened. Why?

Since the COVID-19 outbreak began in Wuhan, China, journalists at the biggest U.S. news organizations have diligently reported on the many dangers posed by its...

WASHINGTON, D.C. -- Americans are generally positive in their evaluations of how each of nine leaders and institutions has handled the response to the...

Majority of Americans disapprove of media's handling of coronavirus: poll

Every institution is responding to the coronavirus pandemic, from private sector companies to local governments. In the eyes of the American public, however,...

LAST TUESDAY, CNN’s Dana Bash sang Donald Trump’s praises on air after he gave a coronavirus briefing at the White House. “This was remarkable from the...

Part of what has made Fox...

MSNBC anchor confronts Rubio on comment about journalists finding 'glee' in spiking US...

Sen. Marco Rubio, R-Fla., defended himself on Friday as MSNBC anchor Stephanie Ruhle asked him "why on earth" he would tweet that journalists found "glee" in U...

A new analysis from Washington Post Beijing bureau chief Anna Fifield suggests that the real number of people who have died from the coronavirus in Wuhan,...

Sucking CNN: Anti-Trump Network Fails to Get One Show to Crack Top 20 in First Quarter Ratings

As liberal networks debate whether to pull broadcasting pressers from the president of the United States because they don’t like him, one anti-Trump network...

CNN hosts Chris Cuomo and Don Lemon joked with each other about Cuomo’s coronavirus diagnosis Tuesday evening, with Lemon later getting emotional over the news...

CBS News aired footage of an Italian hospital while reporting on New York hospitals and the ventilator shortage on March 25. “CBS This Morning” discussed...