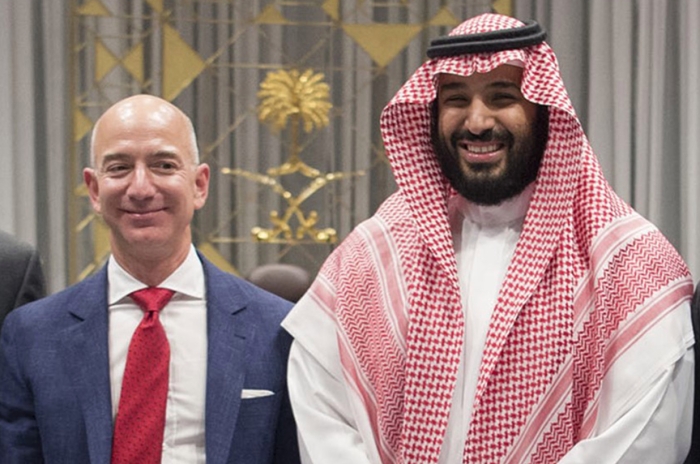 The kingdom’s US embassy called for an investigation into The Guardian’s report that Bezos’ phone was infiltrated when a malicious file was sent in 2018 during a “seemingly friendly” chat between the pair on WhatsApp.

The report had stressed that it was unclear what was taken — although the timing coincides with supposed hacked messages to then-mistress Lauren Sanchez that included crotch shots and naked selfies.

YouTube discloses the percentage of views going to videos that break its rules.

It is the never-ending battle for YouTube. Every minute, YouTube is bombarded with videos that run afoul of its many guidelines, whether pornography or...

Your Local Police Department Might Have Used This Facial Recognition Tool To Surveil You. Find Out...

Clearview AI has created a powerful facial recognition tool and marketed it to police departments and government agencies. The company has never disclosed the...

Malls that buckled due to e-commerce or suffered during the pandemic are being given new life by the very entity that precipitated their decline — Amazon....

Facebook users may not be learning about jobs for which they are qualified because the company’s tools can disproportionately direct ads to a particular gender...

The company that modern capitalism couldn’t survive long without
ANALYSIS

The world is running short of semiconductor chips—running so short that Subaru has temporarily closed a plant in Japan, 5G network rollouts are delayed, Apple...

7% of Americans don’t use the internet. Who are they?
DATA

Internet non-adoption is linked to a number of demographic variables, but is strongly connected to age – with older Americans continuing to be one of the least...

A leaker says they are offering information on more than 500 million Facebook Inc users - including phone numbers and other data - virtually for free. The...

Facebook has removed a video of former US President Donald Trump from the page of his daughter-in-law Lara Trump. The social media giant banned Mr Trump...

Facebook removed a video of an interview with former President Trump conducted by his daughter-in-law Lara Trump, saying any content "in the voice of Donald...

Former President Donald Trump is reportedly planning to launch his own social media platform in the coming months, after being permanently banned from Twitter...