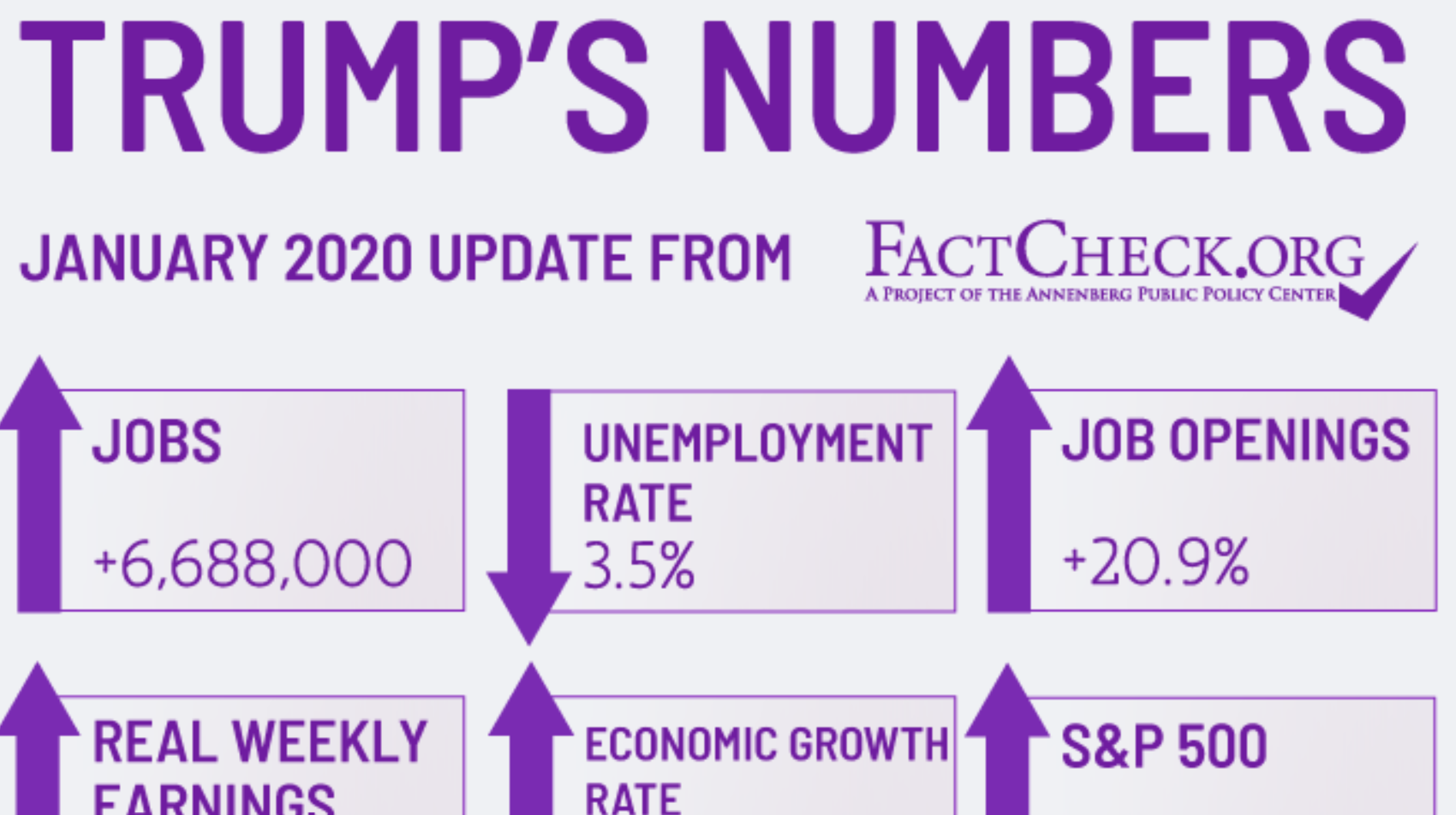 Now that Donald Trump has been president for three years, what has changed? Here are some things that can be measured:

NEWS
After Kushner says 'it's our stockpile,' HHS website changed to echo his comments on federal crisis role
ABC News

After Kushner says 'it's our stockpile,' HHS website changed to echo his comments on...

It was a telling moment in the rising tensions between the Trump White House and state governors desperate for medical equipment to deal with the exploding...

Desperate for insight, Trump's team turns to the past to try and save his presidency

When the avian flu first spread to pockets of Southeast Asia in 2005, President George W. Bush reassured Americans he would be prepared if the viral infection...

Trump says CDC advises cloth masks to protect against coronavirus, but he will not wear one

Rate Bias
White House
'I’m not concerned at all': Trump says he's not worried as coronavirus arrives in DC...

President Donald Trump said he is not worried by the arrival of the coronavirus in the Washington area, even after it was confirmed that an infected man was at...