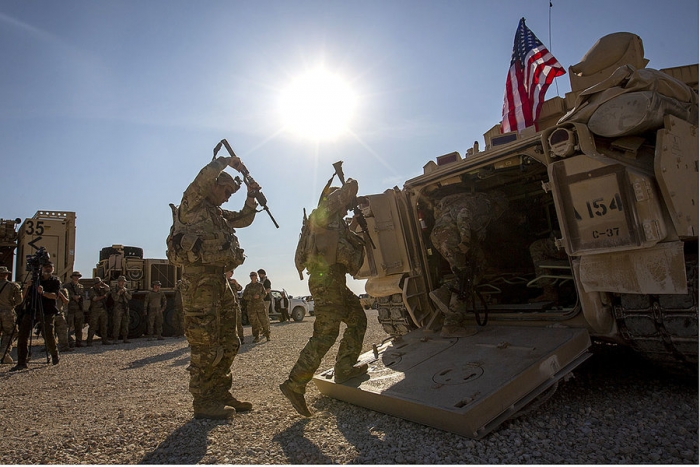 Policymaking process may sound dreary, but it also elicits confidence. America’s abilities to handle global crises fall on the shoulders of the president, yes, but also on a well-staffed policy bureaucracy.

In the hours after the killing of Iranian Maj. Gen. Qassem Soleimani, Prime Minister Benjamin Netanyahu and Israeli opposition leaders alike were quick to praise the Trump administration.

The U.S. drone strike had eliminated a hardened foe of Israel who sought, effectively, to encircle the country’s borders with hostile and well-armed proxies.

But for all their initial elation, Israeli...

NEWS
On Russian bounties, what did Trump know and when did he know it?
MSNBC

A federal judge says John Bolton may publish his memoirs that the Trump administration tried to...

A federal judge in the United States ruled Saturday that former national security adviser John Bolton may proceed with the publication of his book despite...

President Trump claimed in a late-night tweet that he was not briefed on intelligence about a Russian unit offering bounties on American service members in...

If he had been a senator during President Donald Trump's impeachment trial earlier this year, John Bolton says he probably would have voted for a conviction...

Trump touts ruling on Bolton book: 'Now he will have bombs dropped on him!'

The country’s largest social media companies are allowing the Chinese Communist Party to disseminate propaganda to American audiences with little oversight or...