Trump looks to hold New Hampshire rally ahead of primary 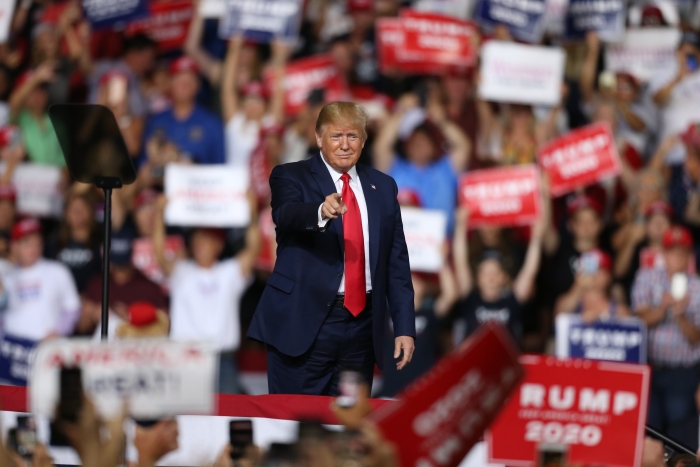 President Trump is looking to hold a rally in New Hampshire the day before the state’s first-in-the-nation primary, sources close to his re-election campaign tell the Herald.

The rally will likely be held Feb. 10 in Manchester, though details have not been finalized.

Trump will be looking to command attention in the Granite State on the eve of a primary far more important to his Democratic rivals as they scramble to lock up votes in a contest that for some will be make-or-break.

The president is expected to put up...

oughly 50 percent of white voters would vote to re-elect Republican President Donald Trump if the election were held today, according to a new poll by Hill-...

President Trump said Monday that it could take two months for Americans to see a result from November's presidential election -- a comment that came amid a...