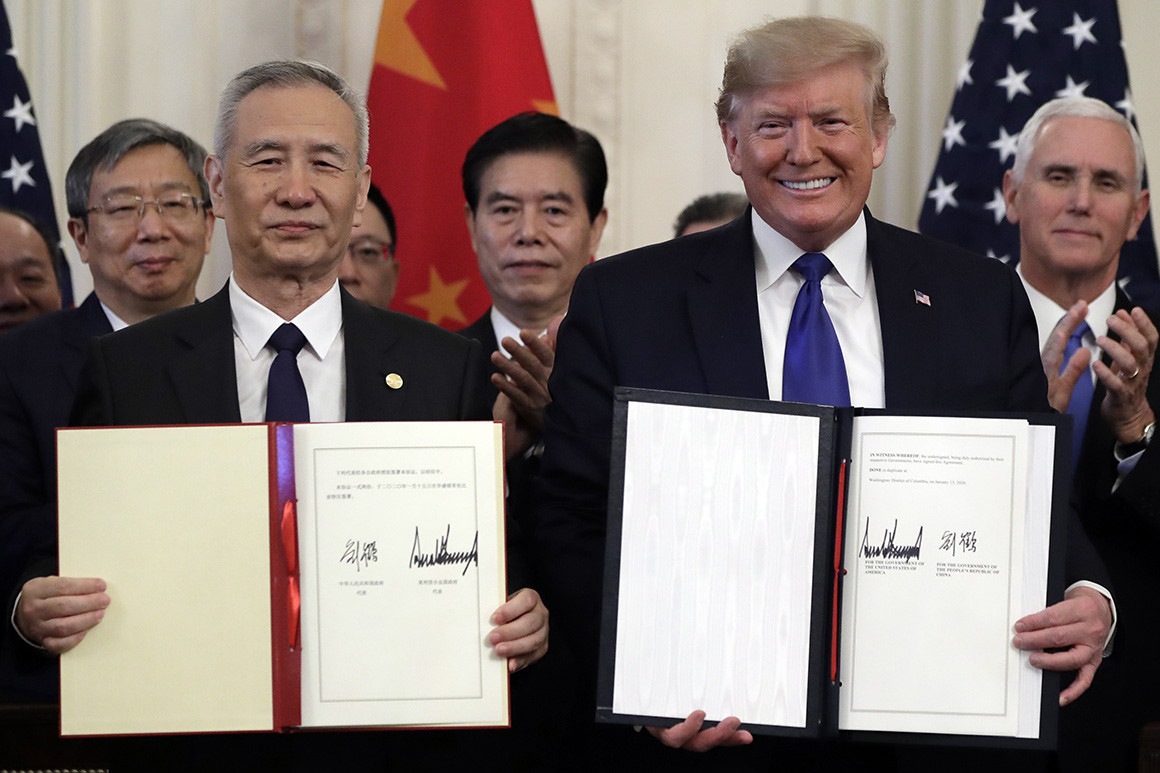 The China trade deal President Donald Trump is hailing as a major win fails to address some of Beijing’s most egregious practices — the issues that sparked the trade war in the first place.

Trump and Chinese Vice Premier Liu He signed the agreement during a White House ceremony Wednesday after nearly two years of escalating trade tensions that saw both sides ratchet up tariffs on hundreds of billions' worth of each other’s goods.

AllSides Media Bias Rating: Lean Left
You disagree.
Thank you! Community votes alone don't determine our ratings, but are valuable feedback and can prompt us to do more research.
80855/68174

Mike Elrod voted for Donald Trump in 2016, hoping for a break from tight government oversight that his business had endured for years, which he often found...