Alexandria Ocasio-Cortez, House Democrats, US House
Save for Later
Add to My Front Page
From The Right 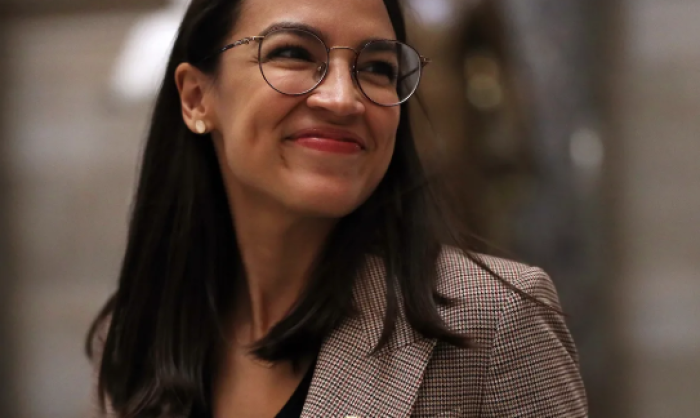 The chairwoman of the Democratic Congressional Campaign Committee avoided directly answering whether or not Rep. Alexandria Ocasio-Cortez (D-N.Y.) was good for the party during a Sunday morning CNN interview.

Ocasio-Cortez, who has significant fundraising ability, has declined to pay $250,000 in DCCC dues, instead choosing to directly fund progressive candidates—some of whom are challenging incumbent Democrats in primaries.

"Is she good for the Democratic caucus in the House?" CNN's Victor Blackwell asked DCCC chair Rep. Cheri Bustos (D-Ill.).

"Look, she has a lot of followers," Bustos replied. "I have respect...

Go ad-free! Support AllSides.
About these ads
More news about US House
https://www.theblaze.com/news/is-aoc-good-for-the-party-top-house-democrat-repeatedly-dodges-question-in-cnn-interview

Democrats are launching their investigation into the Jan. 6 Capitol insurrection Tuesday with a focus on the law enforcement officers who were...

‘Deadly serious’: Pelosi goes to war with GOP over Jan. 6

Nancy Pelosi has some unfinished business with Donald Trump. The volatile former president and Pelosi foe is long gone from the White House but still haunts...

Speaker is locked in a battle of wills with Kevin McCarthy who is determined to change the political conversation, critics say It was, Nancy Pelosi...

‘You held the line’: Police heroism in spotlight at Jan. 6 hearing

Can the U.S. rediscover a commitment to the truth? That’s what four police officers – who were beaten, repeatedly shocked, and crushed as they defended the...

As Congress launches new Jan. 6 inquiry, a push for the truth

Is it possible to get to the bottom of an intensely political event without being political? More than six months after rioters disrupted Congress’...

Four police officers who worked to defend the U.S. Capitol from a mob of then-President Donald Trump's supporters are due to testify on Tuesday at the first...

House Speaker Nancy Pelosi (D-Calif.) on Thursday said the panel looking into the Jan. 6 attack on the Capitol “will not let" GOP "antics stand in...

The anti-Trump January 6 circus is underway and yesterday did not disappoint. The Democrats called up police officers to testify. Nice move since who will...

House Attending Physician Brian Monahan said late Tuesday that the House of Representatives is reinstating its mask mandate – and therefore the threat of...

Jan. 6 committee could be final hurrah for Cheney and Kinzinger

The Jan. 6 select committee tasked with investigating the Capitol riot could be a last hurrah of sorts for the two most outspoken critics of former President...