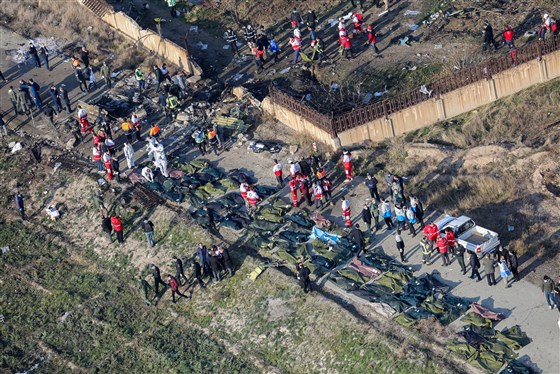 Multiple officials told NBC News that U.S. intelligence officials have evidence suggesting the jetliner was brought down by a missile in error.

Iran has strongly denied that a Ukraine International Airlines jetliner that crashed in Iran shortly after takeoff earlier this week, killing 176 people, was downed by an Iranian missile by mistake.

"What is obvious for us, and what we can say with certainty, is that no missile hit the plane," Ali Abedzadeh, head of Iran's Civil Aviation Organization, said on Friday.

AllSides Media Bias Rating: Lean Left
You disagree.
Thank you! Community votes alone don't determine our ratings, but are valuable feedback and can prompt us to do more research.
68826/58936