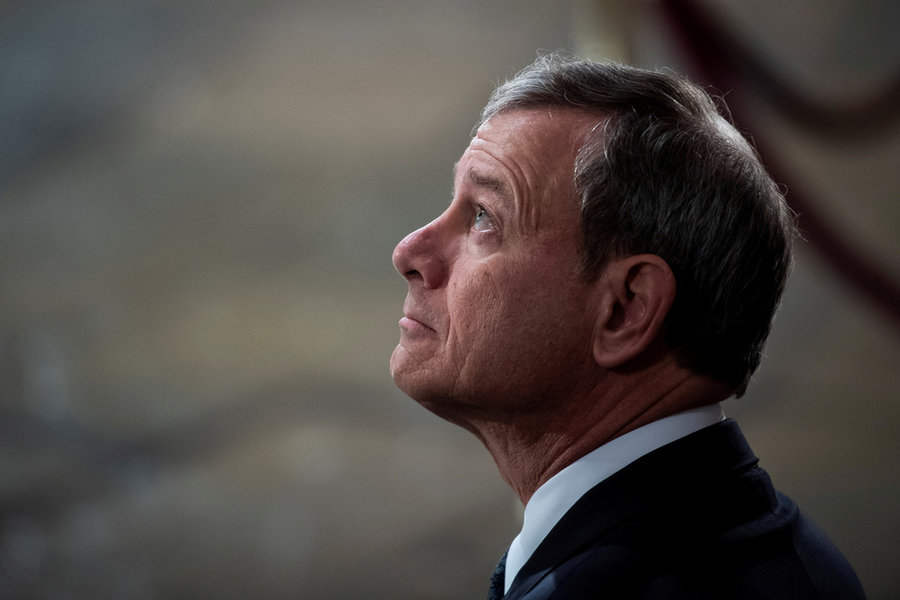 Supreme Court Chief Justice John Roberts has made a point of defending the independence and impartiality of the nation’s highest court. That stand will be tested when he presides at the Trump impeachment trial.

The Supreme Court, at most times the least visible of the three legs of the U.S. government, is about to be drawn reluctantly into the national spotlight by the impeachment trial of President Donald Trump.

That likelihood was undoubtedly on the mind of Chief Justice John Roberts as the new year dawned.

NEWS
The Supreme Court Is Delaying Arguments Again — Why Don’t They Just Do A Videoconference Like The Rest Of Us?
BuzzFeed News

The Supreme Court Is Delaying Arguments Again — Why Don’t They Just Do A Videoconference Like The...

Pirates have been known to pillage and plunder others’ treasures, but these are not actions normally attributed to states of the United States. On its face,...

The Supreme Court hears a case Tuesday about whether the Consumer Financial Protection Bureau's structure as an independent agency with a single director is...

Supreme Court: Justices healthy and trying to stay that way

WASHINGTON (AP) — The Supreme Court reported Friday that the nine justices are healthy and trying to stay that way. To that end, when the court held its...

Supreme Court Eyes The President's Power To Say 'You're Fired!'

At the U.S. Supreme Court Tuesday, the Trump administration is seeking to make it easier for the president to call in the heads of the nation's independent...

The Supreme Court said Monday it would take up an appeal of a legal challenge to the 2010 health care law, teeing up a high-profile hearing on one of Democrats...

President Donald Trump said Justices Sonia Sotomayor and Ruth Bader Ginsburg should recuse themselves from cases involving his administration, as a result of...