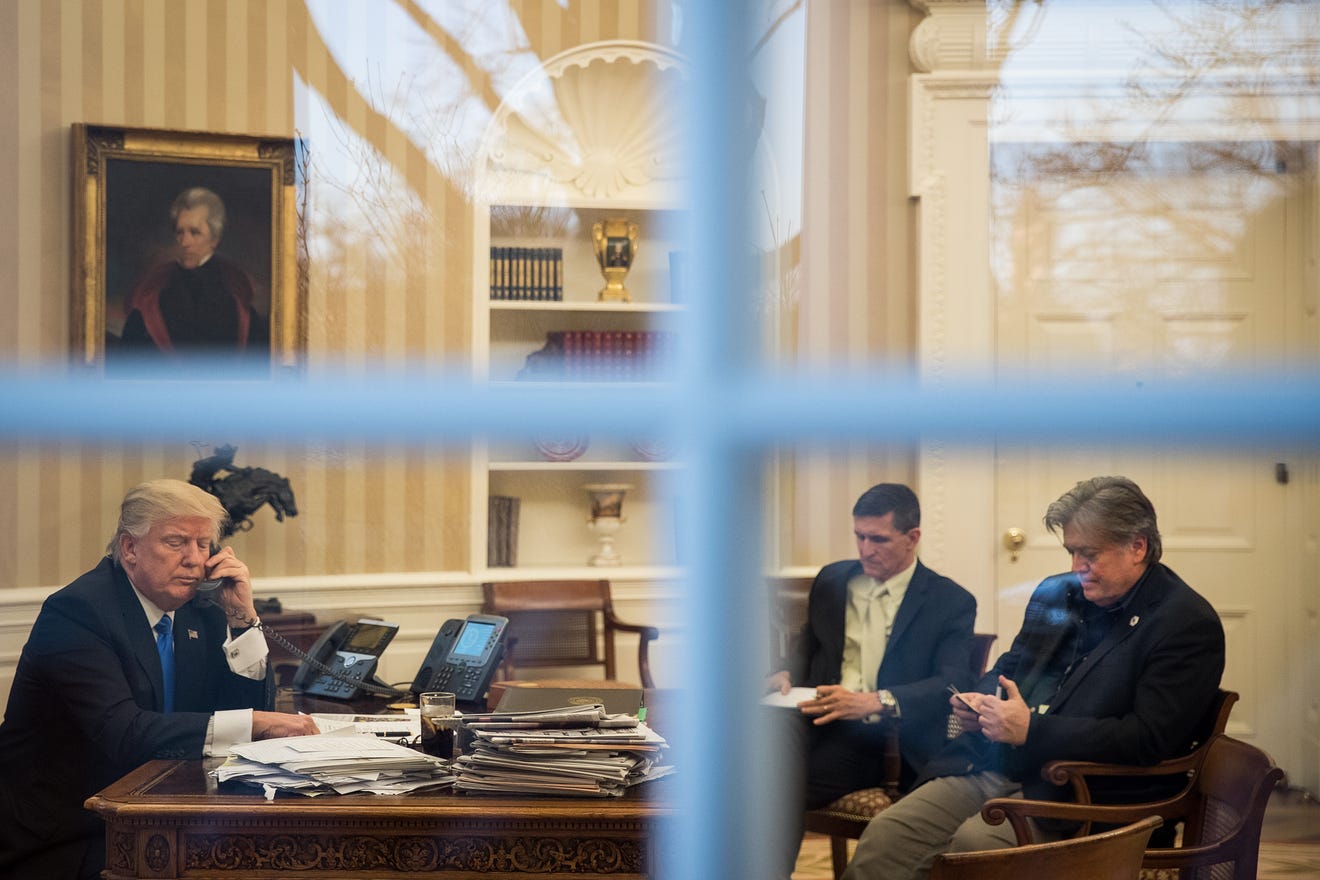 WASHINGTON–Federal prosecutors recommended Tuesday that former national security adviser Michael Flynn serve up to six months in prison for lying to the FBI about his contacts with a Russian ambassador.

The government's position is a reversal from more than a year ago, when prosecutors urged no prison time for the retired Army lieutenant general. Flynn is one of a half-dozen former aides to President Donald Trump who were convicted or pleaded guilty due to special counsel Robert Mueller's investigation into Russia's interference in the 2016 election.

Trump Takes Up Call for Barr to ‘Clean House’ at Justice Dept.

WASHINGTON — Ignoring appeals from his attorney general to stop tweeting about the Justice Department, President Trump renewed his attacks on the agency on...

Rate Bias
Justice Department
The Fall of the DOJ
ANALYSIS

After the worst week in the history of an independent Justice Department since Watergate, on Tuesday, Donald Trump pardoned or commuted the sentences of 11...

1,100 Former DOJ Lawyers Call on Barr to Resign for Interference in Stone Sentencing

More than 1,100 former prosecutors and officials at the Department of Justice called on Attorney General Bill Barr to resign Sunday after he intervened in the...

Washington (CNN) -- The Department of Justice is dropping its criminal investigation of former FBI Deputy Director Andrew McCabe without bringing charges, it...

The Justice Department announced Friday that former FBI Deputy Director Andrew McCabe will not be charged following an allegation by the department's inspector...

Can the republic survive Attorney General William Barr? That’s the question that has seized the media and center-left, which have worked themselves into a...

Donald Trump and his attorney general seem headed for a confrontation, just as the president is declaring himself the nation’s “chief law enforcement officer”...

Let's take a moment to spare some pity for Bill Barr. Being the U.S. Attorney General can be a tough gig. It's a job held at the pleasure of the president,...

More Than 1,100 Former DOJ Staffers, Including Current MSNBC and CNN Analysts, Call on AG Barr to...

More than 1,100 former Department of Justice alumni signed a petition calling on Attorney General William Barr to resign. They take issue with the fact that he...