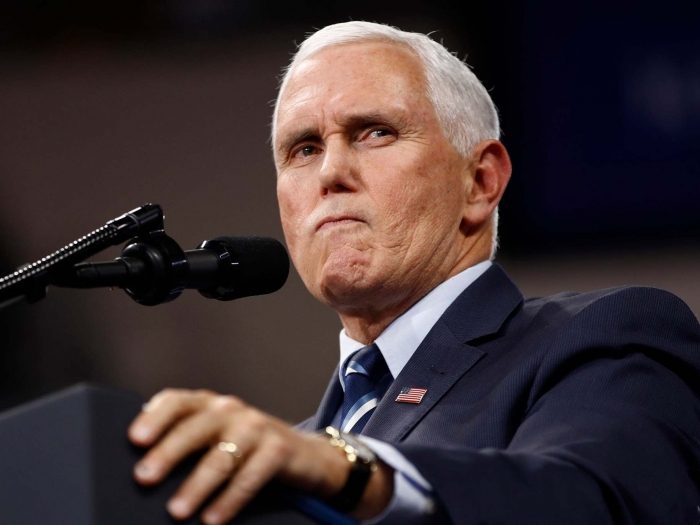 Mike Pence has promoted an unsubstantiated theory linking the 9/11 terrorist attacks to Iran in his defence of the Trump administration’s assassination of Qassem Soleimani.

Donald Trump’s vice president posted a Twitter thread on Saturday in which he described Iran’s top military commander as “an evil man responsible for killing thousands of Americans”.

In the thread, Mr Pence claimed Soleimani had “assisted in the clandestine travel to Afghanistan of 10 of the 12 terrorists who carried out the September 11 terrorist attacks in the United States”.

To watch Fox News is to be immersed in a bizarre alternate reality ruled by tyrannical leftists who are obsessed with eliminating America’s most treasured...

Fox News officially announced on Tuesday that it has hired former Trump spokeswoman Kayleigh McEnany as a contributor. “It is my distinct pleasure today to...

Fox News once banned its hosts from speaking at partisan events. Then it went all in on CPAC.
ANALYSIS

On Tuesday, New York Times columnist David Brooks published a 900-word ode to Facebook Groups and how they foster online communities around the world. The...

Is the press too pessimistic about the pandemic?
OPINION

YESTERDAY, PRESIDENT BIDEN gave a speech at the White House and said that the US is on track to have enough vaccine supply to cover every adult in America by...

It Remains Hilarious How the Liberal Media Reacts to Sexual Misconduct Allegations When Democrats...
OPINION

The real scandal is that he was responsible for increasing the butcher’s bill from COVID by forcing nursing homes to admit COVID-positive patients. The New...

Glenn Kessler fact-checks Republicans for a living at the Washington Post, but on Sunday, he got a fact-checked for improperly accusing former President Trump...