Looks Like North Korea Is Building a 'Christmas Gift' for the U.S. at its Long-Range Missile Site 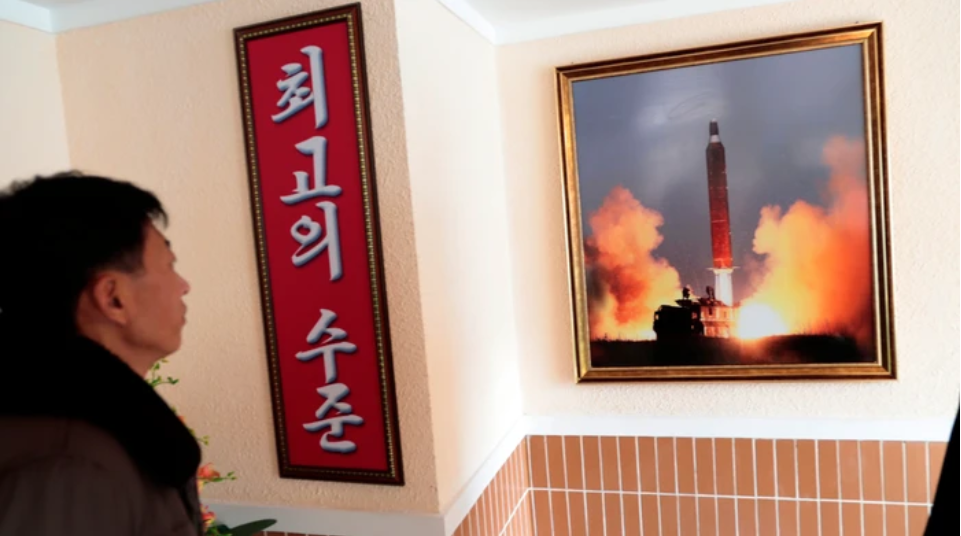 North Korea has built a new structure at a military site where it produces long-range missiles, a worrying sign that the isolated nation is preparing the "Christmas gift" it warned the U.S. about: a long-range missile test.

Planets Labs released satellite imagery showing the new structure at the March 16 Factory near Pyongyang, a site North Korea reportedly uses to build mobile launchers for its long-range missiles, according to the AP.

AllSides Media Bias Rating: Left
You disagree.
Thank you! Community votes alone don't determine our ratings, but are valuable feedback and can prompt us to do more research.
67934/58145

Trump says U.S. did not pay any of the $2 million that North Korea sought for Otto Warmbier’s care

President Trump said Friday that the United States did not pay any money to North Korea, which had issued a $2 million bill for the hospice care of American...

“He tells me that he didn’t know about it and I will take him at his word.”

Here are some steps that could show the nuclear negotiations are actually serious.

U.S. Secretary of State Mike Pompeo said logistics for the next summit between President Donald Trump and North Korean leader Kim Jong Un are getting “pretty...

North Korea Promises A Christmas Surprise. Here Are The Options

North Korea doesn't really do Christmas cards, but if it did, its card would probably have a picture of the nation's leader, Kim Jong Un, riding a white horse...

UNITED NATIONS/WASHINGTON (Reuters) - North Korea’s ambassador to the United Nations said on Saturday that denuclearization is off the negotiating table with...

North Korea breaks off nuclear talks with U.S. in Sweden

North Korea has reportedly conducted a third test launch in just over a week, firing what appeared to be short-range ballistic missiles, according to South...

“U.S. President Donald Trump became the first sitting U.S. president to set foot in North Korea on Sunday when he met its leader, Kim Jong Un, in the...

As of Dec. 26, Kim Jong Un's "Christmas gift" to President Donald Trump had not arrived. Most foreign policy analysts predict it will be a missile test more...

U.S. officials are on high alert for signs of a possible missile launch from North Korea in the coming days that officials have referred to as a “Christmas...

North Korea reportedly has executed a top diplomatic official and punished four others engaged in nuclear negotiations with the US, according to a South Korean...