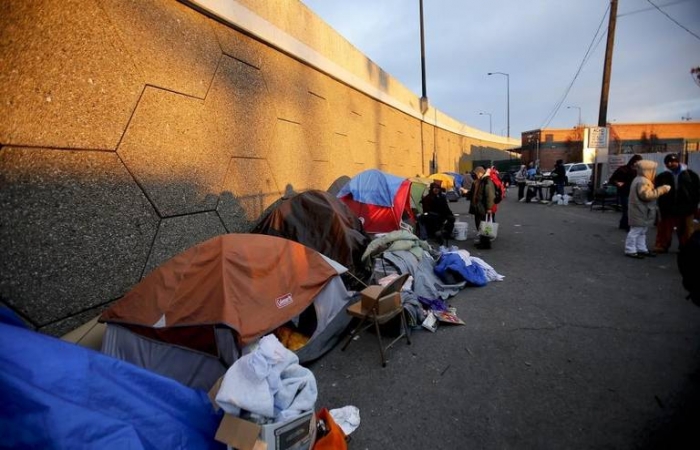 The United States Supreme Court will not take up Boise’s appeal in the case of Martin v. Boise, which addresses whether the city can ticket homeless people for “camping” in public, filings showed Monday.

Advocates for people who are homeless considered the decision a victory as news came down. Theane Evangelis, Boise’s lead counsel on the case, disagreed, saying in a statement that “the Ninth Circuit’s decision ultimately harms the very people it purports to protect.”

Latoyia Lorraine is about to lose the one thing that has kept her family safe during a pandemic: her home. We ask that you credit our newsroom at the top...

We Take Homelessness for Granted. The Pandemic Should Change That.
ANALYSIS

On a recent Sunday, protesters marched through the center of Weston, a small, wealthy town in southwest Connecticut. They chanted “no justice, no peace” and...

Rent Is Still Due in Kushnerville

It was the day after April rent was officially due — April 6 — and Kevin Maddox was officially late. The week before, he had lost both of his jobs within a few...

Next pandemic threat to economy: A wave of evictions

Government aid for individuals during the pandemic was speedy but also limited in its duration. The expiration of eviction bans is a test of whether the U.S....

Will foreclosures explode once the moratorium is lifted?
OPINION

Remember the nursery rhyme refrain, “We all fall down?” The incredible uptick of COVID-19 is like a raging California wildfire. Earlier this week Dr....

This Abridge News topic aggregates four unique arguments on different sides of the debate. Here are the quick facts to get you started: THE QUICK FACTS As...

Even before the coronavirus pandemic, the U.S. was experiencing what housing experts and advocates deemed an eviction crisis. More than 2 million people face...

Thousands of homeless people have been housed in several of San Francisco’s empty hotels in an effort to slow the spread of coronavirus. However, City...

How to solve the housing crisis without mandated densification
OPINION

New evidence arrives almost every day backing the concept of a market-based solution to California’s housing shortage, one that does not have to involve...