Jerry Nadler, Impeachment, articles of impeachment, Elections, Donald Trump, US House
Save for Later
From The Right 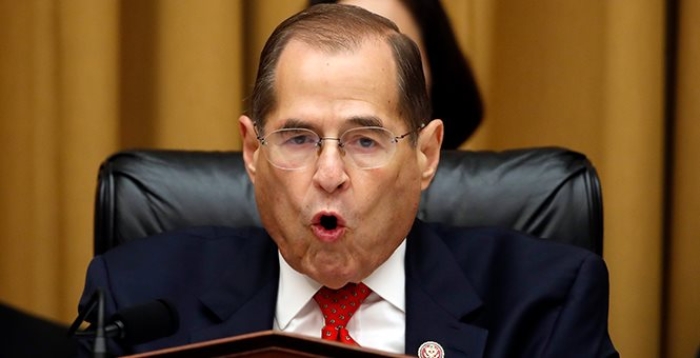 During debate on articles of impeachment in the House Judiciary Committee Wednesday night, Chairman Jerry Nadler undermined the vote of millions of Americans and said they can't be trusted to decide who should win the White House in 2020.

"We cannot rely on an election to solve our problems when the president threatens the very integrity of that election," Nadler said during his opening statement. "Nor can we sit on our hands while the President undermines our national security—and while he allows his personal interests and the interests of our adversary Russia to advance."

For years Democrats like Nadler have accused President Trump of "undermining Democracy" and yet, that's exactly what they're doing with impeachment.

There is zero evidence to justify Nadler's statement. In fact, Robert Mueller's Special Counsel investigation found not a single person from the Trump campaign "colluded" with Russians to win the 2016 presidential election. Additionally, President Trump requesting investigations into corruption in Ukraine and Ukrainian efforts to bolster Hillary Clinton in 2016 is not "proof" that the 2020 election should be annulled in advance because Democrats think they'll lose.

Regardless, Democrats are moving forward and are planning in a full House vote before Christmas.