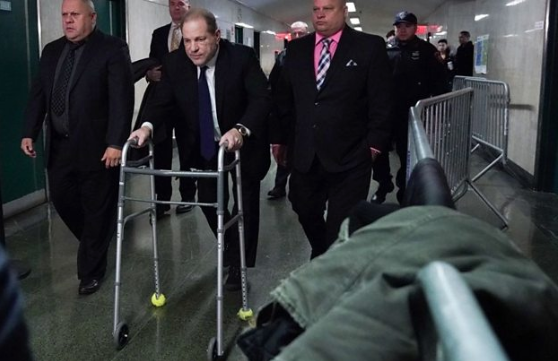 Film mogul Harvey Weinstein has reached a tentative $25m (£19m) settlement with dozens of women who have accused him of sexual misconduct, lawyers have said.

Some 30 actresses and ex-employees would share the payout in the deal.

However, it still needs signing off by all parties, Mr Weinstein's lawyers have not commented and some say the deal will punish those holding out.

Mr Weinstein faces a separate criminal trial next month on rape and sexual assault charges, which he denies.

The Hollywood producer could face life in jail if convicted....

Last year, several women came forward publicly to say Joe Biden had kissed or touched them in ways that made them uncomfortable. One of them was Tara Reade...

Why has the media ignored sexual assault allegations against Biden?
OPINION

Joe Biden, the presumptive Democratic presidential nominee, has been accused of sexual assault by a former staffer. Tara Reade, who worked with Biden when he...

Time's Up said it could not fund a #MeToo allegation against Joe Biden, citing its nonprofit...

LAST APRIL, Tara Reade watched as a familiar conversation around her former boss, Joe Biden, and his relationship with personal space unfolded on the national...

“Harvey Weinstein was convicted Monday of rape and sexual assault against two women… He was acquitted on the most serious charges, two counts of predatory...

Joe Biden Said He Believes All Women. Does He Believe Tara Reade?
ANALYSIS

When it comes to #MeToo sexual misconduct issues, former Vice President Joe Biden, the Democratic Party's presumptive 2020 presidential nominee, has made it no...