Guns, Jersey City, Violence In America
Save for Later
From The Center 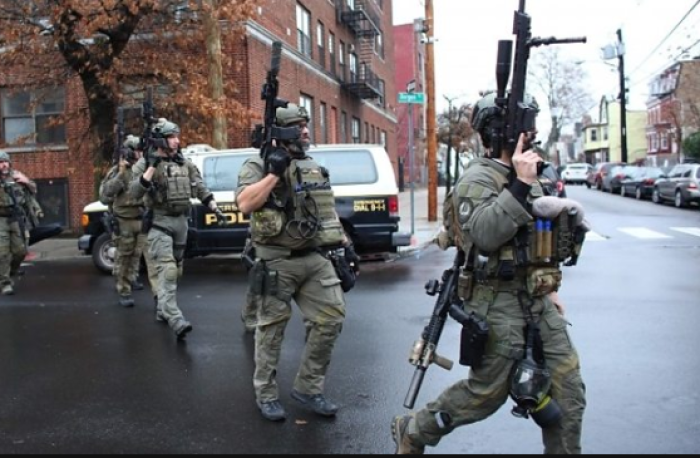 A police officer and at least five other people have died in a series of gun battles in Jersey City, in the US state of New Jersey.

Two other police officers were wounded during the incident, which ended in a shootout after two gunmen barricaded themselves in a kosher supermarket.

A motive for the incident is not yet known. But the mayor said investigators believe the location was "targeted".

Authorities identified the police officer who died as Joseph Seals,...