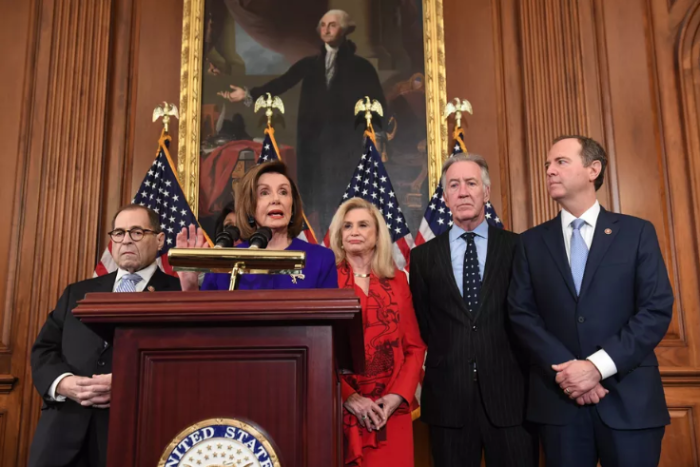 One article is on abuse of power, the second is on obstruction of Congress.

Democrats in the House of Representatives announced they will introduce two articles of impeachment Tuesday morning, making clear they intend to charge President Donald Trump with abuse of power and obstruction of Congress.

Both articles are based on the Ukraine scandal, meaning the party decided not to introduce any articles of impeachment solely based on the Mueller report, as some had pushed for.

Articles of impeachment are essentially the “charges” against the president that the House...